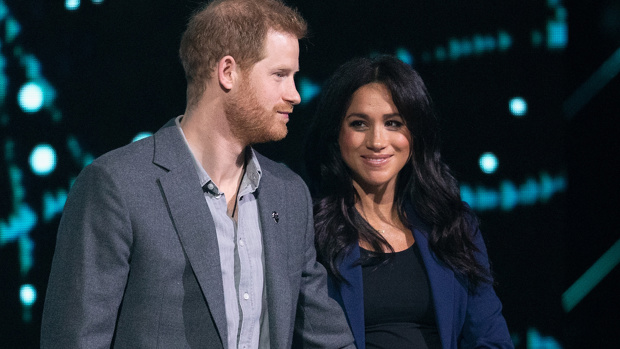 Prince Harry and Meghan Markle are reportedly being lined up for the Emmy Awards.

Bosses for the glitzy event are said to be keen on getting the Duke and Duchess of Sussex on board to present an award at the ceremony in Los Angeles next month.

A source told The Sun newspaper: "Oprah is planning to attend the night, which could help get them there.

"Certainly, there would be a VIP invite for them from Netflix at its evening celebration event.

"Netflix knows that shots of them with big Hollywood names would be huge PR."

The reports come following the announcement the couple's explosive interview with Oprah Winfrey secured an Emmy nomination in the Outstanding Hosted Nonfiction Series Or Special category alongside shows like David Letterman's My Next Guest Needs No Introduction and travelogue Stanley Tucci: Searching for Italy.

Harry and Meghan rocked the royal family and divided people around the world when they sat down for the tell-all interview with Oprah.

During the two-hour interview, the Sussex's detailed the difficulties they faced in the royal family, both before and after their May 2018 wedding.

In one of their most explosive claims, the couple alleged that unnamed members of the royal family had been concerned about their son Archie's skin tone ahead of his May 2019 birth.

Meghan also discussed her mental health battles, saying she felt so isolated and miserable inside the royal family that she had suicidal thoughts, yet when she asked for help from the palace's human resources staff she was told nothing could be done as she was not a paid employee.

The Emmy Awards will air in September.