Kate Middleton and Prince William's youngest son stole the show at the 2019 Trooping The Colour parade in London today, as he appeared alongside big brother Prince George, big sister Princess Charlotte and the rest of the royal family.

The one-year-old excitedly waved at the crowd as the Royal Air Force’s Red Arrows display team flew over the royal residence while in his mother's arms. When the family turned to go back inside the palace, the little Prince even waved to grandpa Prince Charles.

Louis looked precious in a white shirt with blue embroidery and blue shorts; an outfit that was reminiscent of the outfits George and William wore for their debuts. The event marks an official belated birthday celebration for the monarch, who turned 93 in April.

The annual event brings together over 1,400 parading soldiers, 200 horses and 400 musicians to honour Queen Elizabeth II. 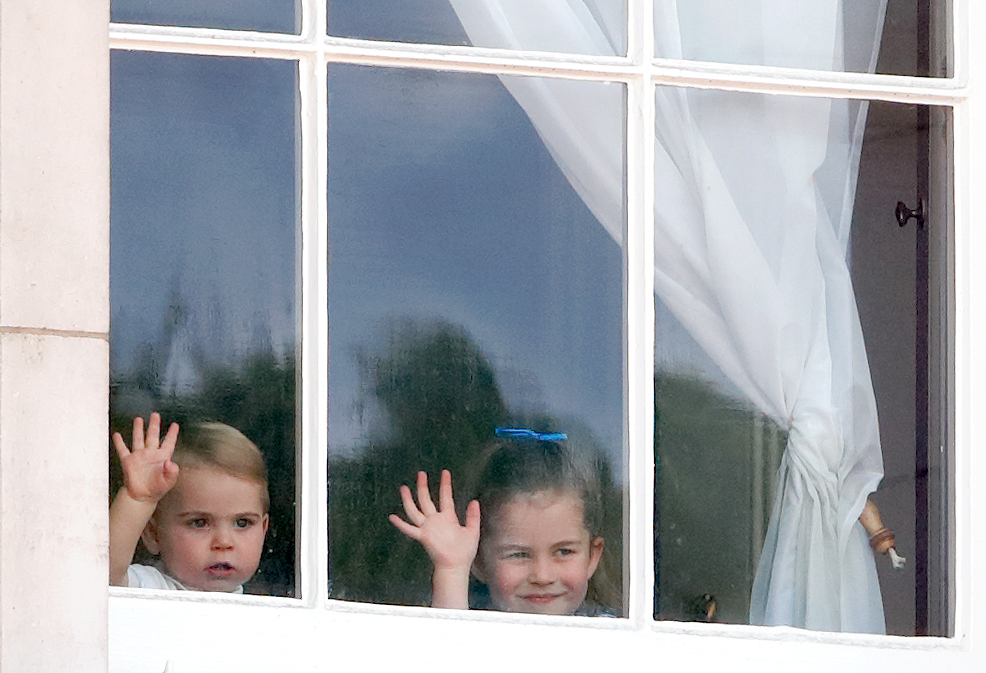 The entire royal family all stepped out for the special occasion and reunited at the Buckingham Palace balcony.