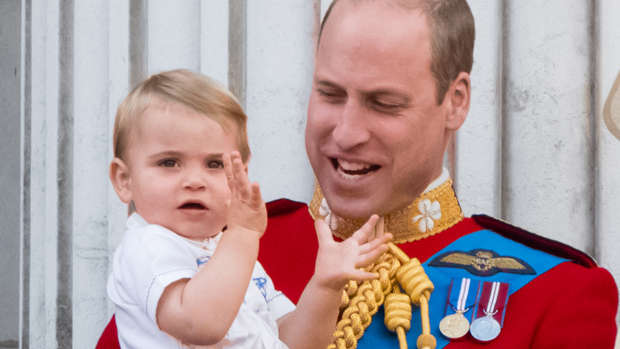 It is officially Christmas at Buckingham Palace!

Yesterday, the royal family gathered at the palace for Queen Elizabeth's annual Christmas lunch, but it was Prince Louis who stole the show as he arrived with his parents and siblings, Prince George and Princess Charlotte. The young royal - who hasn't been seen in public since a charity polo match in July, which Prince William and Prince Harry took part in - delighted fans when they caught a rare glimpse of the adorable one-year-old in the back of the Duke and Duchess of Cambridge's car. And we can't get over how grown up he looks!

With his blonde hair and strong brows, the toddler is looking almost identical to his older brother. Getting in the Christmas spirit, the youngest Cambridge could be seen wearing an Amaia Kids Fairisle jumper in olive green, decorated with a sweet ivory snowflake pattern.

Prince Harry, Meghan Markle and Archie Harrison were noticeably absent from the luncheon as they are currently on a six-week break from royal duties and spending the festive period privately with the Duchess of Sussex’s mother, Doria Ragland. Other royals in attendance at the lunch include Prince Charles, Prince Andrew and Princess Beatrice, the Earl of Wessex with his son James Viscount Severn, Princess Anne's daughter Zara Phillips and Mike Tindall and the Countess of Wessex with her daughter Lady Louise Windsor.