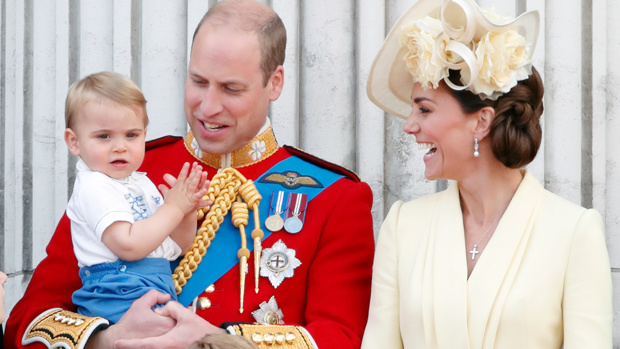 In celebration of Father's Day in the UK on Sunday, Prince William and Kate Middleton shared a previously unseen family photo of the father-of-three with Prince George, Princess Charlotte and Prince Louis.

Featuring in a short clip posted to the couple's official Instagram account, the Duke and Duchess of Cambridge wished the public a Happy Father's Day alongside the photo of William in full military uniform while holding Louis and being hugged by George and Charlotte.

A post shared by Duke and Duchess of Cambridge (@dukeandduchessofcambridge)

The photo, believed to have been captured by keen photographer Kate, was taken outside Kensington Palace at Trooping the Colour in 2019.

The clip also included a photo of Kate walking down the aisle with her dad Michael Middleton at her 2011 wedding to Prince William, a picture of Prince Charles with William and Harry as young boys in Scotland, and the Queen and Prince Philip surrounded by seven of their grandchildren at Balmoral Castle in 2018.