With travel advisories still in place amidst the current pandemic, Prince William and Kate Middleton decided to travel locally with their young family for their annual summer vacation.

But for the Duke of Cambridge, the holiday had extra special meaning as it was to one of his favourite childhood family destinations.

The royal couple and their three kids, Prince George, seven, Princess Charlotte, five, and two-year-old Prince Louis, enjoyed a few days on the Isles of Scilly, off the coast of Cornwall - which is the same island holiday spot William would visit with Princess Diana and Prince Charles. 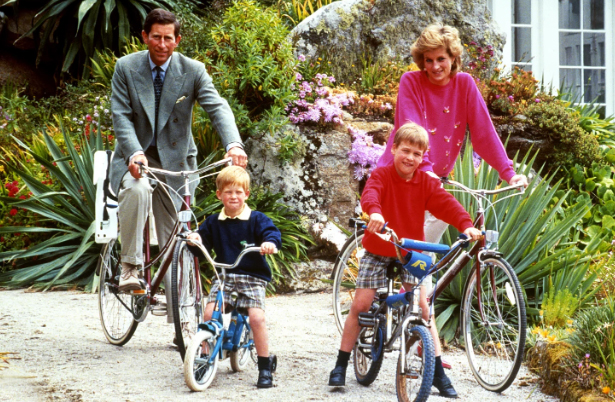 For the nostalgic trip, they spent the week on Tresco Island, staying at Dolphin House, a beautiful six-bedroom property owned by Charles.

Reminiscent of when the Duke was pictured there in 1989 with his parents and brother Harry, the Cambridge reportedly said hello to passers-by as they cycled across the island.

A fellow vacationer told the Daily Mirror: "William and Kate were riding their bicycles, having a laugh. They looked so happy enjoying the weather. I did do a double-take. They were really friendly and said hello."

Dolphin House is just yards away from the sea and would have enabled the family to enjoy complete privacy behind the former rectory's 10ft-thick granite walls. The island, a mile square and with just 175 residents, is accessible only by sea or air, so the Cambridges took the short helicopter flight there and back from Newquay.

The Duke and Duchess of Cambridge toured the islands in an official capacity four years ago, during which William reminisced about his childhood holidays. He made a promise then to return soon – one he has kept.