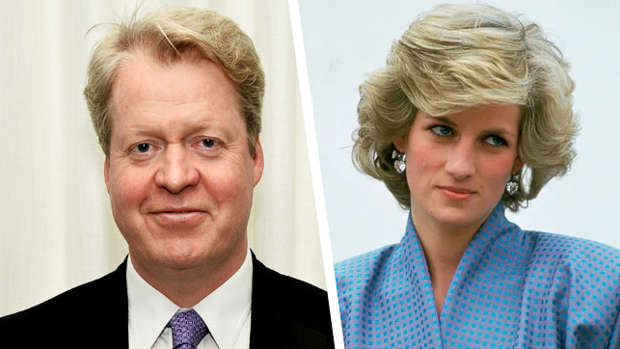 Much to the delight of royal fans, Princess Diana's brother Earl Charles Spencer has shared a rare childhood photo of the mother of two.

Taking to social media, the 56-year-old posted a sweet throwback picture of himself the 'People's Princess' on a summer's day in 1967.

In the adorable snap, Princess Diana can be seen wearing a white dress with pink stripes, coordinated with red sandals and white socks.

Dressed in blue shorts with a contrasting striped blue t-shirt, Earl Spencer is all smiles as he stands next to his much taller older sister who has embraced him with one arm.

Charles chose not to caption the sentimental post but racked up hundreds of comments from others who have fond memories of the late Princess.

Touched by the Earl's tribute, one person wrote: "Thank you for sharing this lovely photo of you and Diana. She will always be remembered for her kindness and compassion. She's missed so much."

Another added: "Thank you for sharing a personal photo. I was a young 20-something back then and Diana brought so much to the world and many times I have thought of her elegant grace and how it is needed now."