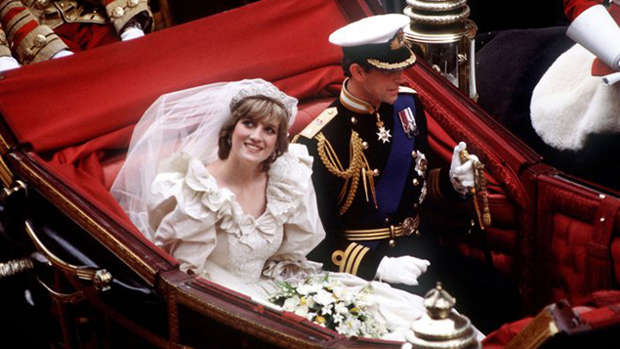 Prince William and Prince Harry have a treat for fans of their late mum Princess Diana ...

The brothers have agreed to loan her iconic wedding dress to a new exhibition, Royal Style in the Marking, at Kensington Palace in London.

The public will be able to view dress — which boasted a 25-foot train, the longest in royal history — at the royal residence from June 3.

The dress, which was designed by David and Elizabeth Emanuel for her 1981 wedding to Prince Charles at St Paul's Cathedral in London, features sequins encrusted along the lengthy train and an antique Carrickmacross lace that had originally belonged to Queen Mary, Diana's great-grandmother-in-law.

"Its gently scooped neckline and large puffed sleeves are trimmed with bows and deep ruffles of taffeta, a style popularized by the Princess in the early 1980s," Historic Royal Palaces (HRP) said while announcing the exhibition today.

The gown will be on show for the first time in 25 years.

The exhibition will also feature the 1937 coronation gown of Queen Elizabeth The Queen Mother; consort of King George VI.

The beloved Princess was 36.