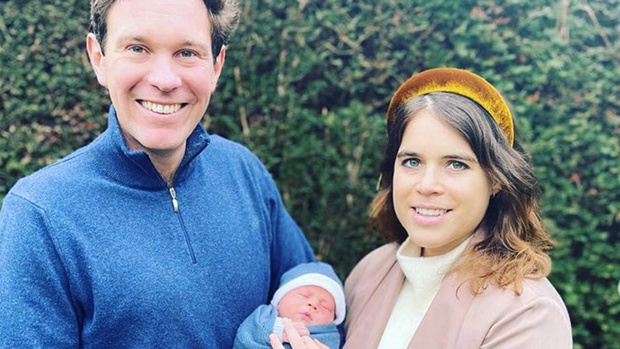 Princess Eugenie has celebrated the start of the New Year by reflecting on the past one.

Taking to Instagram, the 31-year-old royal shared a collection of photos from 2021 - including a never-before-seen picture from her son August Philip Hawke Brooksbank's christening.

The royal baby - who she welcomed into the world last February - is seen being held by his mother wearing the Honiton lace christening gown.

The frilly cream outfit is a replica of the intricate christening gown made for Queen Victoria's eldest daughter that was used for all royal baptisms until Lady Louise Windsor's in 2004.

The Duke and Duchess of Cambridge's children, Prince George, Princess Charlotte and Prince Louis, wore the same gown to their respective christenings.

August was christened in November at the Royal Chapel of All Saints in Windsor alongside Zara and Mike Tindall's son Lucas Tindall.

"Happy New Year to all.. Goodbye 2021. A year that blessed us with our boy and saw our family grow with new additions but also a year that took some of our biggest and brightest lights. Forever in our hearts ♥️," she wrote alongside the sweet photos.