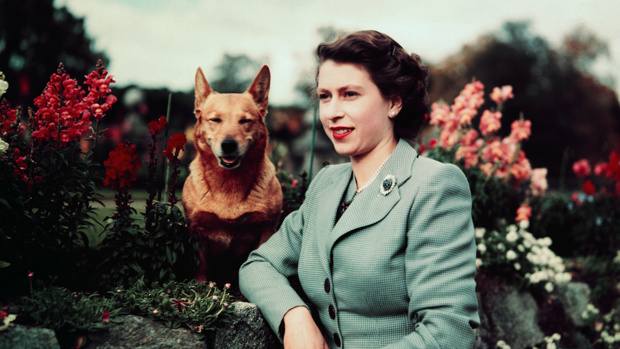 She may have reigned for 69 years, but Queen Elizabeth II is about to go where no monarch has gone before and is releasing her very own line of dog biscuits.

The 95-year-old monarch - who has had over 30 canine companions over the years - has approved a line of canine snacks, called Game Bones, made with meat from the grounds surrounding Sandringham House in Norfolk, England, and flavoured with royal venison.

The dog biscuits, which cost £4.99 (NZ$9.90), come in a paper bag with a royal seal and, although they do not contain any additives or preservatives, they are recommended for 'occasional use' and as a 'training aid' for pooches.

"I did eventually, but one of the first jobs I had was cooking for the corgis - the Royal Corgis - making fresh food every day. The corgis had their own menu.

"The most important part of the meat was everything had to be cut into a fine dice ... to be sure there were no bones at all in the meat. Imagine if any of the dogs were to choke on the - I'd be in real trouble."

The Queen has long been associated with her beloved corgi dogs. Her first corgi, named Susan, was gifted to her by her parents, on her 18th birthday in 1944.

Almost all of the Queen's subsequent corgis were direct descendants of Susan.