One of the survivors of the 1997 Raurimu massacre is set to release a book about his life and his terrifying ordeal at the hands of insane gunman Stephen Anderson.

Ray Spencer and his wife Eve were both shot by Anderson after the paranoid schizophrenic opened fire on a group of people staying at his family ski lodge on February 8 1997.

Anderson killed six people that day - including his own father - and wounded five others during a rampage at the central North Island lodge.

Today marks the 20th anniversary of the massacre.

He also gunned down Henk Van de Wetering, who lived next door, as he tried to get help and raise the alarm.

Twenty years after the massacre Spencer is set to self-publish a book about life, including details of the shooting he has never spoken about publicly.

Spencer also claims he has had hundreds of psychic experiences and reflects on and analyses his interactions with what he calls "spirit friends" over the years.

He shared the second chapter of his book which deals with the Raurimu massacre and is titled, Events at the Mountain Lodge, with the Herald.

In his book he has changed the names of the key players to protect the privacy of the other survivors.

But for clarity, the Herald has named the relevant parties.

The book will be released on February 20. 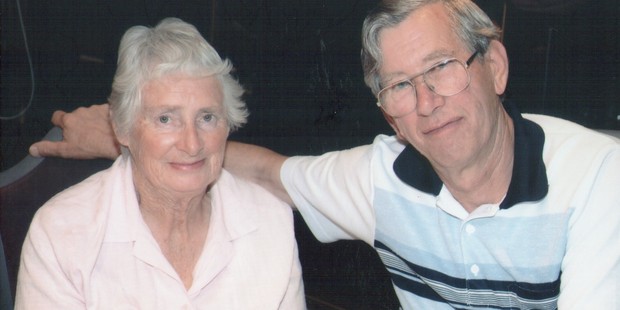 Ray and Eve Spencer lived in the Wellington suburb of Khandallah, near their friends Neville and Helen Anderson.

In early 1997 the Andersons invited the couple to their lodge for a weekend, Ray reveals in his upcoming book.

Eve initially declined the invitation as her husband was busy with a building project and she didn't think he would want to take time off.

But Ray decided a weekend away sounded like a good chance to relax and called the Andersons to accept.

He reveals in the chapter that in the lead-up to the trip he had a recurring dream about his wife running up an old road, being "chased by a lone gunman".

"I dismissed these as just odd dreams I was having and placed little significance upon them," he writes.

The Spencers arrived at the lodge late on the Friday night and at 7am the next morning Ray woke, pulled on his Swandri and boots and went to explore the bushy surroundings.

When he got back to the lodge, Neville and Helen were preparing breakfast for their guests.

Soon after they sat down to eat Stephen Anderson appeared and stood, looking at the group.

"I took one look at him and saw a strange glazed look in his eyes... there was something disturbing about the way he had glanced at us, and then just stared at a point in front of him," he writes.

"He was standing there all alone, perfectly still, he had not shaved for a number of days and was dressed all in black. He muttered something which I could not understand."

At this point, Helen went to her son and told him to go and wash his face before breakfast.

Anderson lingered by a pool table, slouched with his hands in his pockets staring at the floor, and Ray went over to chat to him in a bid to make the situation less awkward.

He says Anderson "muttered" at him and said something about "the blood of Christ".

"I then realised that there was definitely something wrong with him... " 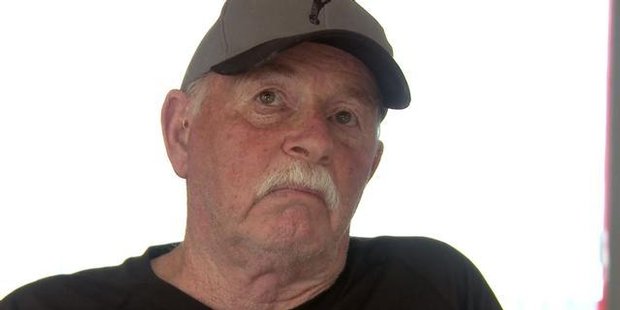 Anderson left the room, returning a few minutes later with a gun in his hand and a shotgun cartridge in his mouth.

"When I saw him turn around with the gun, I looked deep into his eyes to see what he was thinking, and saw a hint of amusement... I initially thought he was only holding an airgun.

When I moved my eyes down to the gun, I could see it was a single barrel 12 gauge shotgun with some electrical insulating tape wrapped around it and thought to myself, 'Hell that is no airgun'," Ray writes.

"(I) knew we had to sit quietly for the time being and wait for an opportunity to get out of the lodge. None of us realised that he had concealed a number of shotgun shells around his body, and that this was not some kind of sick joke."

As Anderson's father questioned what he was doing and reached for the gun, Ray knew he and Eve were in serious danger.

He grabbed her wife's wrist and said: "We are getting out of here."

But before they could flee, Anderson shot his father at point blank range, right in front of them.

"The sound of the gun going off in the confined area, and the realisation of the danger we were all in, was now a living nightmare. I could not believe what had just happened. My aim was to get Eve out alive. I knew it was useless for me to try to take the gun..." Ray recalls. 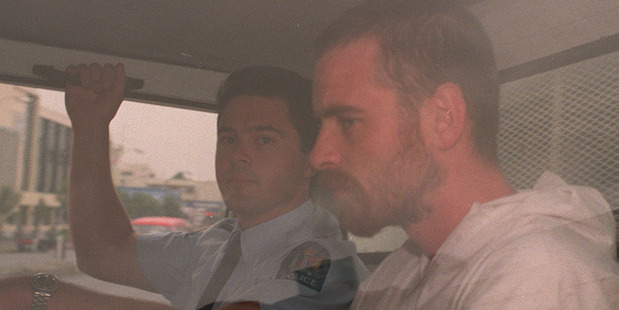 Stephen Anderson is driven from the Hamilton District Court in a police van in 1997. Photo / NZ Herald

He says everyone started to run, some screaming, towards the front door.

"As Eve pushed through the doorway, she felt a pain in her left elbow. She thought she had struck it on the side of the door, but we later found out that she had been hit by a pellet from the second shot fired.

"I thought that because we had escaped from the lodge without serious injury, our main worries were over."

The couple headed up the driveway and as Ray looked back he was stunned to see Anderson about 12m from them.

"Eve fortunately had not looked back and did not know that he was there... holding the shotgun in both hands, was looking up the old road at me. His stance suggested he could not make up his mind whether to come after us, or go back to the lodge. I looked around for a large rock or heavy stick which I could arm myself with, but there was nothing like that."

Ray writes that he realised if Anderson followed them, they didn't stand a chance. He told his wife to dive into the bushes that ran along the driveway, and as they took cover Ray heard another shot ring out behind him.

"Because my glasses were knocked off my head I knew that I had been hit. In a split second I realised that my only chance was to pretend I was dead, and before I hit the ground face down, I projected my chest forward with my arms outstretched. This was to assume a pose like that of a person who had been shot from behind," he recalled in his book.

"As I hit the ground, I turned my head to the right (the side wounded), let my body go limp, and stared lifeless and unblinking without breathing.

"Eve called out softly: 'are you alright?' I was lying on the other side of a tall Toi Toi bush, about two metres away from where she was. Though I could not see her, I replied, 'be still and quiet'."

The couple heard more shots, and then Ray saw Anderson move down the road.

They later found out that he had fired another shot at Eve, missing her by just 30cm. The bullet passed through the bushes, leaving a hole in the Toi Toi above where her head had been.

With Anderson out of sight, the couple got up and ran towards the road in the hopes they could flag down a passing car, raise the alarm, get help.

"As we headed north I asked that we be driven to the school we had seen the night before, thinking they might have a telephone. My head was covered in blood, and my clothing all the way down my right side was saturated in blood. Eve's left arm was also bleeding." 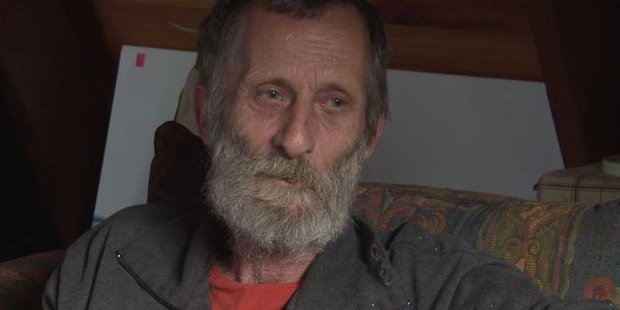 Ray's account of the shooting, and the aftermath is detailed and harrowing. At the school he and Eve, both injured, did what they could to help police, make sure locals were safe and prevent anyone else from being shot by the crazed gunman.

It wasn't until Ray got to hospital that he realised how lucky he was to be alive.

He had been hit on the right side of his head by five shot pellets. 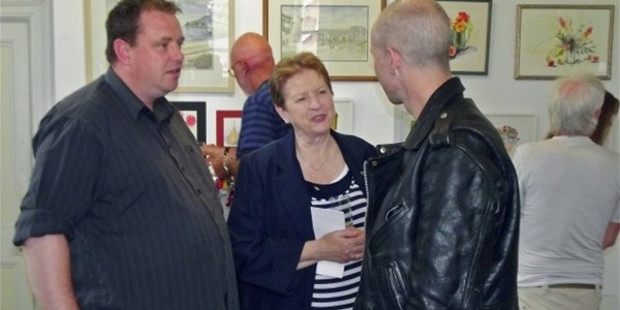 "All of the shotgun pellets had missed vital areas. The only medical attention I needed was a small number of stitches to close up the exit wounds."

Eve had a pellet lodged in her muscle, which was too difficult to remove.

"While it was Eve's turn for receiving treatment at the hospital, I remained in the waiting room. I could hear helicopters passing overhead and thought they were bringing the injured to the hospital.

"I went to the windows to see if any of them were landing. I asked the nurses twice whether the injured had arrived by helicopter, hoping there would be some survivors. Both times they said no.

"After a while I began to think that there were no survivors from our group at the lodge, or among the neighbours. In despair I stopped looking and hoping."

Divine Intervention is self-published and will be released on February 20.

The book is divided into five parts, the first detailing Spencer's early life and the events at Raurimu, which led to his "dramatic spiritual change".

The book also details more than 300 of Spencer's psychic experiences, which he analyses and studies.