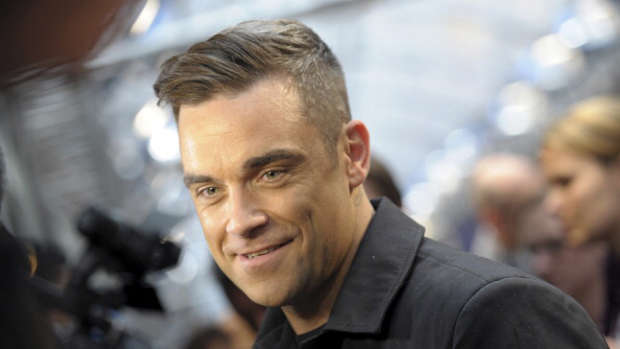 Robbie Williams has revealed he was "unable to leave the sofa" for three years as he battled agoraphobia.

The 45-year-old pop star has admitted the anxiety disorder - which causes people to avoid places or situations that may trigger panic - left him housebound for years, revealing he even turned down a £15 million offer to host American Idol because he couldn't face it.

He said: "My career had gone stratospheric and taken me to Mars, and I needed some time to get my equilibrium back and get myself back together.

"It was my body and mind telling me I shouldn't go anywhere, that I couldn't do anything. It was telling me to just wait - so I literally just sat and waited.

"I was agoraphobic from around 2006 to 2009. Those years were just spent wearing a cashmere kaftan, eating Kettle Chips, growing a beard and staying in.

"I remember they offered me £15 million to take over from Simon Cowell on American Idol, plus a big gig in the States, but I turned it down because I wasn't leaving the sofa at the time. I just couldn't."

According to the chart-topping star, hearing The Killers' song 'Human' on the radio proved to be a turning point in his life.

Speaking to The Sun on Sunday newspaper, he recalled: "I remember listening to that Killers song and something in that moment made me think, 'I had better get my a**e in gear, put an album together and tour.'

"There was no rhyme or reason why five minutes before that, it hadn't happened. But when I did come back, it felt so unnatural. It's why that Bodies performance was so bad - I didn't know what the f*** I was doing, it didn't seem natural to me any more.

"I had to re-learn how to entertain. It wasn't an easy process - it was like having a car crash and then learning how to walk again."

This article was first published by BANG! Showbiz and is republished here with permission.