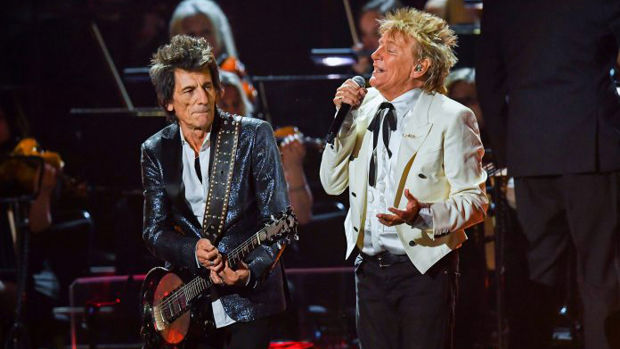 Speaking to The Times, guitarist Wood spilt the beans the legendary rockers have recorded new music for the first time since disbanding more than four decades ago.

"Rod and Kenney were here yesterday," he told the publication.

"Me, Rod and Kenney have been recording some new Faces music. I've had a front-row seat on some amazing rock 'n' roll projects these past couple of weeks."

Faces, who formed in 1969, formally disbanded in 1975 after Stewart left the group.

Around the same time, Wood began playing with the Rolling Stones.

The band's last reunion performance was at the 2020 BRIT Awards, where Stewart, Wood and Jones closed the ceremony with a live rendition of 'Stay With Me.'

Faces' founding keyboardist Ian McLagan died of a stroke in 2014, and bassist Ronnie Lane passed away more than a decade earlier in 1997.