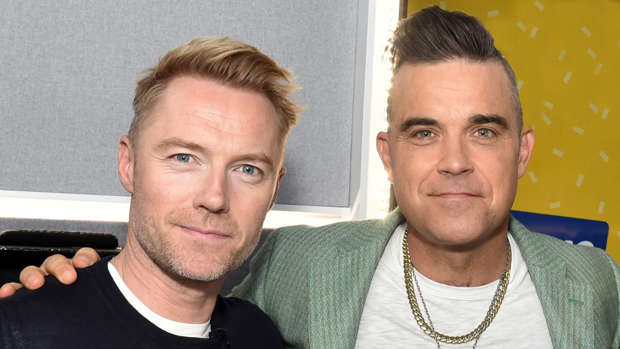 It's still hard to believe it has nearly been 11 years since Boyzone member, Stephen Gately, passed away.

And now his bandmate Ronan Keating is honouring Stephen - who tragically passed away aged 33 at his holiday home in Majorca, on 10 October 2009 - in the best way he knows how.

The 43-year-old pop star is set to release a star-studded new album titled Twenty Twenty this month - and featuring on the album will be a special duet that was written in tribute to Stephen.

On this week's episode of #GossChats @itsalirose chats to chart-topping singer @rokeating who has announced a star-studded TV special, coming to Virgin Media this month. In this interview the Dublin star also opens up about working with huge names on his new album, and the upcoming release of a special song dedicated to Stephen Gately. #GossChats is sponsored by top aesthetic clinic @haus_of_jejuve

Speaking on Goss.ie's chat show Goss Chats, Ronan said Robbie Williams contacted him out of the blue about the song, called 'The Big Goodbye.'

"Robbie emailed me out of the blue," he shared.

"It was Stephen's 10th anniversary, and the boys and I were doing a TV show in London. Robbie saw the show and he emailed me that night," he explained.

"He said 'hey Ro, I have this song I wrote and I wrote it the week Stephen died.' And I'm standing in my kitchen, listening to this song with tears running down my face.

"I said 'let's do something together on it it would be lovely.' And then we worked on this record, it's a very special song."

What a beautiful way to remember Stephen.