While it was supposed to be a tribute to the Queen Mother on what would have been her birthday, royal fans were only paying attention to Prince Charles in a recent throwback photo as he looks just like a young Prince Harry!

The picture, which was posted on Instagram, shows a six-month-old Prince Andrew sitting on the Queen Mother's knee, while an 11-year-old Charles and a 9-year-old Princess Anne stand by her side with one of their pet Corgis.

In the 1960 snap, the heir to the throne can be seen wearing a suit and tie, with a big grin from ear to ear.

#OTD in 1900, Queen Elizabeth The Queen Mother was born.⁣ ⁣ In 1960, to celebrate her 60th Birthday, this photo was taken at Clarence House, and features a 6-month-old Prince Andrew sitting on her knee, Prince Charles, Princess Anne and a Corgi. ⁣ Until the accession of Prince Albert, The Duke of York as King George VI in 1936, Queen Elizabeth was The Duchess of York.⁣ ⁣

If you're thinking, "Well, DUH! Of course, Charles looks like a young Harry - it is his dad!", we totally agree.

READ MORE:
• The surprising new title Kate Middleton will be given when Prince Charles becomes King
• Reports Prince Harry and Meghan Markle's are planning on adopting an African baby

But, there have long been rumours that the Duke of Sussex may have been the son of Princess Diana's former fling, James Hewitt. 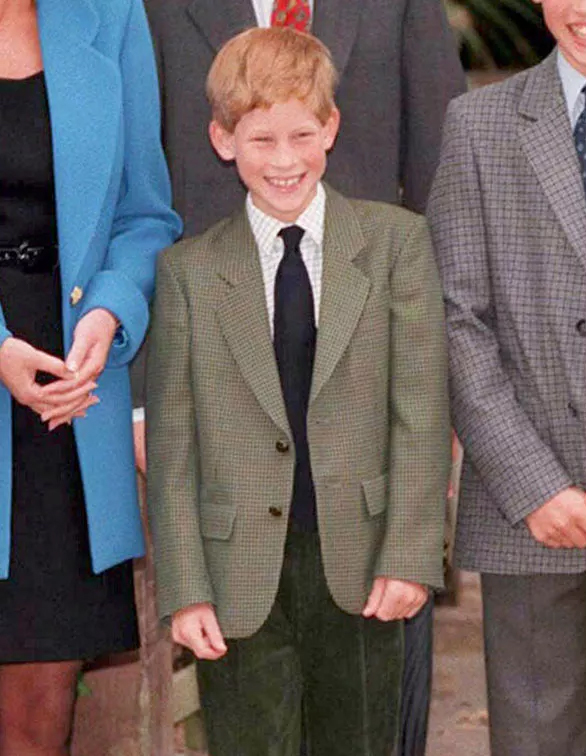 However, it's obvious that the resemblance between Charles and Harry is uncanny.

⁣In photos of the new dad at about the same age, it's apparent he's taken after his dad with those eyes, his nose and his cheeky smile.

We wonder if Archie will take after his dad, too.