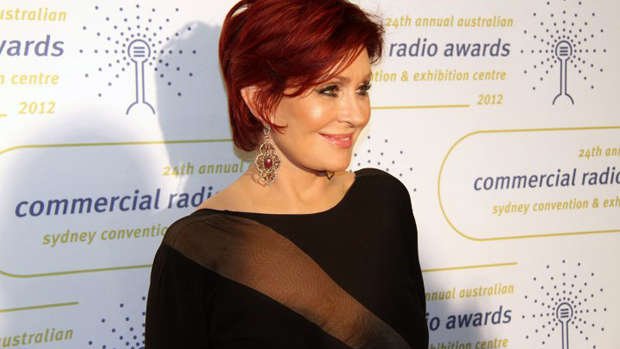 After sporting the same deep red hair colour for as long as we can remember, Sharon Osbourne decided to change it up earlier this year.

The Talk host opted to ditch her signature 'do and instead embraced her natural white hue, saying she now loves the "freedom" her grey hair gives her.

Sharon debuted her natural locks on her talk show in February after spending eight hours in the salon.

Thank you @people magazine for including me amongst some pretty impressive “transformations”! 🙏🏻 Give it a read and while you’re there check out the little shelter dog 🐶 that’s a movie star now ⭐️!

Speaking about her hair, she told People magazine: "I love the freedom it has given me. I've got nothing to prove. It's not like I'm trying to look younger. I'm just trying to look my best.

"[Red hair] would just bleed. On my collars. On my pillowcases. Everywhere. And when you'd wash and dry it, it'd be a different shade of red.

"I was really resenting being tied by a colour of hair," she added.

Celebrity hair colourist Jack Martin, who had the honour of creating Sharon's dramatic transformation, previously took to his Instagram to share a before-and-after photo of the 67-year-old.

"Another great day in my career welcoming the most beautiful and elegant talk show host and entertainer @sharonosbourne for a complete transformation," he wrote alongside the images.

"Sharon has 100% white hair and she was colouring her hair once a week dark vibrant red for the past 18 years.

"She explained to me that she wanted to do this transformation a long time ago but every time she attempts it ends up with a disaster.

"Sharon was very tired of colouring her hair once a week and she was obligated to since she is on TV almost every day hosting her popular TV show @thetalkcbs.

"I didn't promise Sharon anything but I told her I will try my best, it took me a total of 8 hours from start to finish to get her to a platinum blonde so she doesn't have to be committed to colouring her hair once a week anymore. I had a great time spending my day off with this gorgeous, humble, and sweet soul."

If you ask us, Sharon looks fabulous!