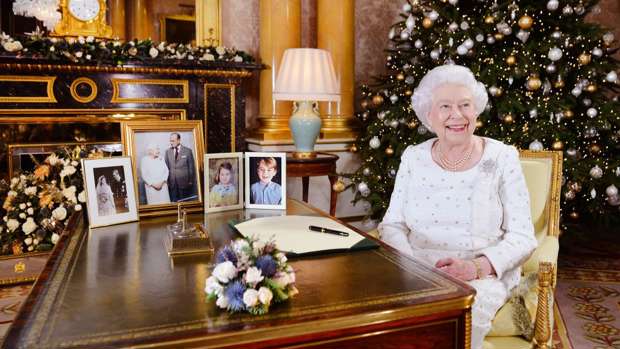 Despite living in a literal palace with 775 rooms - the Queen of England only uses six of them.

According to royal dressmaker Angela Kelly however, Her Majesty is a "very modest lady" and only uses a tiny section of the castle.

"She only occupies a few rooms: her bedroom; her private sitting room; her dressing room and bathroom; the Audience Room, which is where she meets with the Prime Minister and other dignitaries; and the Empire Room, which is a waiting room," Kelly explains in her new book, The Other Side of the Coin: The Queen, the Dresser and the Wardrobe.

"These rooms aren't vast and there is space for very little furniture; just the odd wardrobe or chest of drawers."

The dressmaker also revealed that Her Majesty is incredibly private and that the only man who has ever been allowed in the rooms is her husband, Prince Phillip.

The only exception being however when she goes on holiday to Balmoral from July to September, and the staterooms are opened to the public to visit.

It appears privacy and discretion are of the utmost importance to the Queen - Earlier this month is was revealed that when she is out in public, her security guards reportedly refer to her by a "secret code name".

Staff are said to call her "S," instead of her real name - to protect her safety.

According to The Sun, an aide making a reconnaissance security trip in advance of a royal visit to a cathedral town said: "She's written down as S."

When asked what the "S" stands for, he reportedly cupped his hand over his mouth and whispered: "Sharon".

"The purpose of any sobriquet is that it should be anonymous and memorable," he told The Sun.

"If it can also be a bit mischievous and therefore all the more memorable, then that makes sense.

"Although S might simply stand for Sovereign of course."

This article was originally published on nzherald.co.nz and reproduced here with permission.