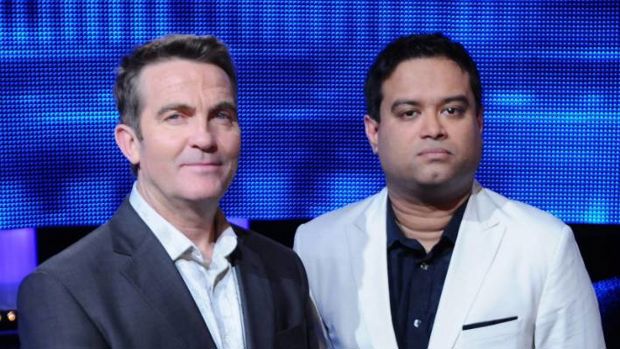 Paul "The Sinnerman" Sinha is a fan favourite on The Chase, he's known for his great quips and quick wit, but the much-loved Chaser recently revealed he's battling Parkinson's.

While fans were worried the condition - in which sufferers experience tremors and slowness of movement - would mean the end of Paul's Chase career, ITV bosses have come up with a plan to help him stay on the quiz show.

Can’t deny it. We are insufferably smug. pic.twitter.com/wX6Nqdssk0

Speaking about Paul's diagnosis this week, fellow Chaser Mark "The Beast" Labbett revealed all, saying: "Paul will still be doing The Chase. There are plans afoot if the worst comes to the worst for how to deal with moving him down the set.

"If he has problems walking we will literally show him walking once. That is courtesy."

Mark added: "His mind is still great. He won the British quiz championships at the weekend."

Paul previously said he intended to "keep Chasing, keep writing and performing comedy [and] keep quizzing" while joking that appearing on Dancing on Ice was probably "out of the question".

"A lot of people have asked, 'What can I do to help?'" he finished his post. "The answer is to treat me exactly the same as before."