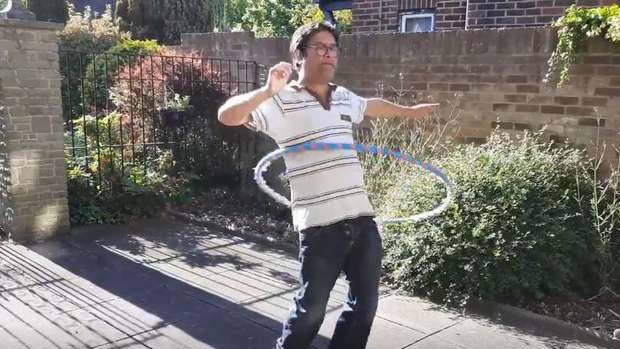 But the much-loved Chaser saddened fans last year when he revealed he had been diagnosed with Parkinson's disease.

However, the 49-year-old brainiac - who is famous for his white suit - isn't letting the disease stop him ...

Taking to Twitter, Paul showed off his impressive hula-hoop skills in a video, lasting 35 seconds.

Alongside the clip he wrote: "F**k Parkinson's."

READ MORE:
• The Chase's Paul Sinha shares the first photo from his wedding to partner Olly
• The Chase fans are left in hysterics as Ant and Dec hilariously prank Bradley Walsh on the show

Impressed by his hula-hooping display, fans suggested he change his nickname to Paul "The Spinnerman" Sinha.

One follower told him: "I can't stop watching this. You're a champion at hula-hooping Paul."

Parkinson’s is a degenerative disorder of the central nervous system, which usually begins with motor symptoms, including shaking and difficulty walking.