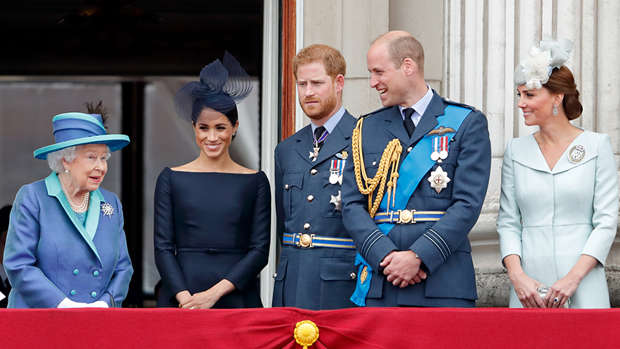 It's no secret the royal family must follow a set of etiquette rules in order to uphold their public image - and the same rules apply to talking.

According to social anthropologist Kate Fox, these are the words that are banned from the monarchy's vocabulary and the surprising reasons why ...

The upper class refer to their parents as "mummy and daddy", which Prince Charles proved when he dubbed the Queen "mummy" in a speech in honour of her Diamond Jubilee.

According to Fox, this term is detested because of its French origins. The royal family apparently say "loo" or "lavatory" instead. Fox says you should never use the terms "gents", "ladies", "bathroom" or "powder room".

Ironically, this is a word that should never be used by the upper class, says Fox. She says it is used in a jokey manner by upper classes to describe people outside of their circles. Royals use the term "smart" instead.

Apparently, "pardon" is a curse word in royal circles. Instead, they say "sorry" or, surprisingly, "what".

Describing a serving of food as a "portion" is apparently more commonly used among the lower and middle classes. The royals apparently call it a "helping".

Those in the upper classes dub it a "scent", not a perfume or fragrance.

Royals don't have a lounge. They have a "drawing room" or a "sitting room". "Living room" is equally as frowned upon.

Hailing your evening meal as "tea" is apparently one of the biggest working-class indicators. According to Diply, the higher echelons call this meal "dinner" or "supper".