Prince George and Princess Charlotte have reportedly been butting heads over sharing their toys and agreeing on which TV shows to watch.

According to a royal insider, the siblings have been arguing "but most of the time they get on."

"Charlotte's extremely confident and loves attention. George is more reserved, although he is starting to come out of his shell," they told US magazine. 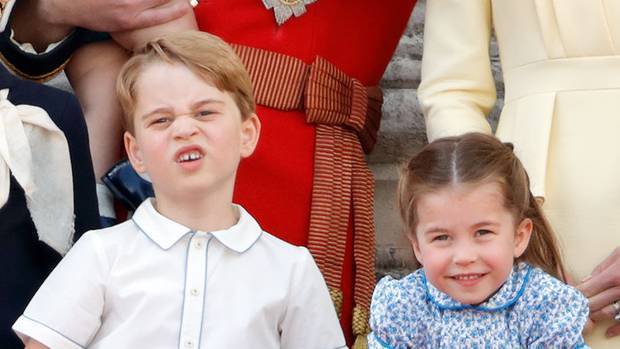 Despite their royal roots they squabble just like any other children, new reports claim. Photo / Getty Images

"George is always looking out for his younger brother and sister and is already showing traits of making an excellent leader."

Despite only having just started back at school, Prince George has also already teed up some play dates.

According to insiders, the six-year-old royal has already invited "a few" of his classmates back to Kensington Palace.

The Duke and Duchess of Cambridge are very pleased to share a photograph of Prince George and Princess Charlotte at Kensington Palace this morning. The photo was taken shortly before Their Royal Highnesses left for Thomas's Battersea. 📷 Kensington Palace

"It is wonderful for them – and their parents – to go to such a beautiful and historic palace and have the run of the place," a source told The Sun.

His parents Prince William and Kate Middleton are reportedly "delighted" at how well he is settling in.

Play dates with the future king, however, are more complicated than the average, with every palace visitor having to be thoroughly vetted by security.

"It does involve a bit more planning than a normal play date, as everyone visiting the palace has to be security vetted," says the source.