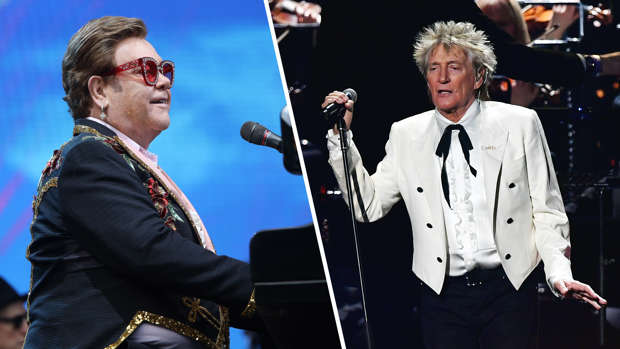 Two of music's biggest stars are scheduled to play shows here this year and early in 2021, but following the global pandemic will Rod Stewart and Elton John still be able to perform?

Dunedin Venues marketing and communications manager Kim Barnes said border restrictions were likely to be the deciding factor for the planned Rod Stewart — The Hits! Tour 2020 on November 11 and Dunedin Venues was still awaiting an update from the promoter.

Stewart is also booked to play two shows at Hawke's Bay's The Mission Estate on November 14 and 15.

Meanwhile, the stakes are very high for Elton John's Auckland concerts - which are scheduled for January 2021.

The Rocketman was forced to cut his February 16 Mt Smart Stadium show short when he fell ill with walking pneumonia and medics rushed to give him oxygen on stage. He was forced to end his show 16 songs into his 25-song setlist.

Originally the star delayed his shows to later in the week, however, he was not well enough to perform and postponed the shows until January 15 and 16, 2021.

What's more, his Farewell Yellow Brick Road tour could be the last chance to see the 'Candle In The Wind' singer live as he says he is retiring from touring.

A promoter confirmed to the Herald "the dates are still firm".

"We are working with Immigration on what options are possible and watching carefully to see what happens with the America's Cup and other international requests."

We will keep our fingers crossed!