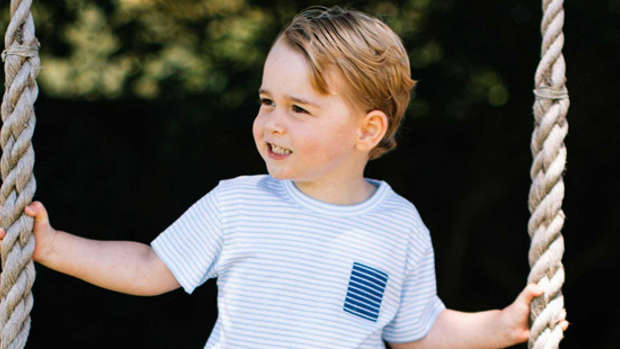 At the tender age of three, Prince George has already enjoyed more luxury than many see in a lifetime.

But it appears his Royal parents are attempting to keep his feet firmly on the ground, after the Duke of Cambridge proclaimed he had been "far too spoilt" during his recent birthday celebrations.

The Duke told a wellwisher his toddler son had received "too many" presents for his third birthday last week, which saw the family celebrate behind closed doors at their Anmer Hall home. 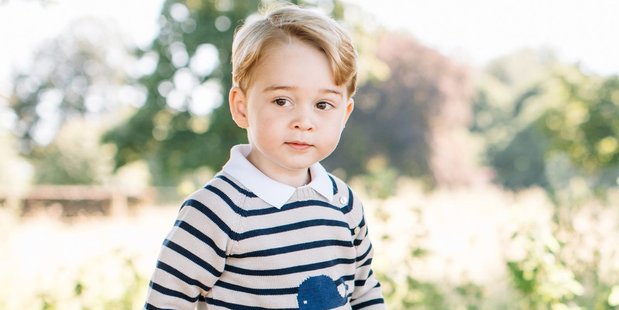 This official photo released by Kensington Palace is to mark the 3rd birthday of Prince George. Photo / Supplied

The day itself saw the Duke and Duchess release pictures of their son, showing how much he had grown since his last public appearance and giving fans an insight into some of his favourite pastimes.

The family have not confirmed the gifts Prince George was given this year, with photographs showing him playing on a bespoke wooden garden swing, and feeding his beloved dog Lupo an icecream.

Speaking on a public visit to Sir Ben Ainslie's America's Cup headquarters in Portsmouth, the Duke declined to share details of Prince George's presents, telling a curious schoolboy: "I am not telling, he got too many things, he's far too spoilt."

He added the three-year-old is not yet "into boats", despite an apparent love for aeroplanes.

Prince George has previously amassed a treasure trove of gifts from the public and on official tours with his parents.

In 2014-15, he received 706 presents - more than any of his Royal relations - including a cuddly toy wombat, a possum skin cloak, an amphibious boat, a personalised surfboard, a rocking horse, two pairs of sheepskin boots and a bike.

Previous birthday gifts include a bespoke shepherd's hut worth £18,000, created for him by Plankbridge, a company set up with funds from the Prince's Trust.

The hut was intended to allow Prince George to enjoy tea parties with his grandfather, inspiring him to inherit his love of gardening and the outdoors.