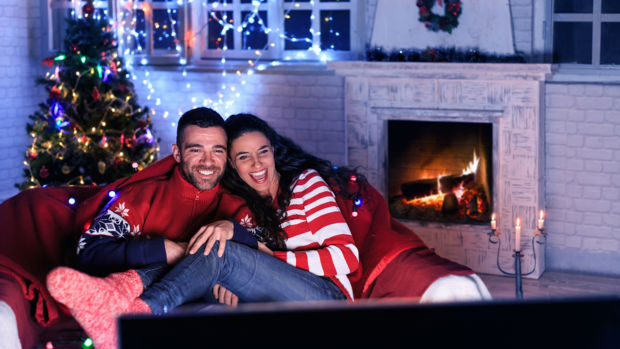 And there's no better way to enjoy the festive season than curling up on the couch with a good ol' Christmas movie ...

Plus, a psychologist has just revealed that watching Christmas films, like Love Actually, actually makes you a happier person.

Watching Christmas films can instantly boost our happiness as it triggers the release of dopamine, a feel-good hormone.

"It does create that neurological shift that can produce happiness," the psychologist said.

"I think anything that takes us out of our normal habituation, the normal day in, day out … signals our senses, and then our senses measure if it’s pleasing or not."

As well as bringing us some much-needed festive cheer, watching Christmas movies can also help reduce levels of stress and anxiety and can even strengthen your relationships thanks to the nostalgia which comes with the films.

Which makes a lot of sense.

Christmas films are familiar: they remind you of the good times spent growing up with friends and family, making you feel all warm and fuzzy.

The psychologist also added that it's not just watching Christmas classics that will lift your spirits this festive season.

They also noted: "Christmas decorating will spike dopamine, a feel-good hormone [too]."

So, there's no need to feel guilty for viewing Home Alone for the hundredth time.