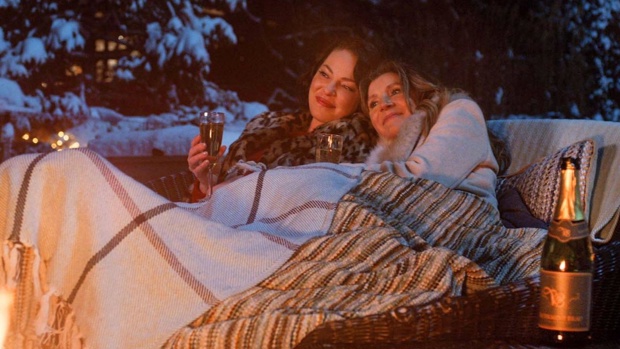 Netflix sure knows the power that a feel good show holds ... and Firefly Lane is no different.

If you're a fan of the show - which is based on Kristin Hannah's bestselling novel by the same name from 2009 - we've got some exciting news for you ...

Filming on the second season has apparently begun!

According to reports, the cast and crew have been spotted filming in and around Vancouver.

The update comes following the announcement earlier this year the show would be returning for another season.

Over a zoom call, Heigl and Chalke answered some burning questions about what fans can expect from the new season.

"We can't say much but we can say that it's family-related—and has nothing to do with Johnny," Chalke said in the short clip.

If the second season is anything like season one, then we'll also gain more insight into their past growing up and navigating life together.

And we'll definitely need some tissues!

Firefly Lane Season 2's release date is yet to be announced but is rumoured to be mid-to-late 2022.