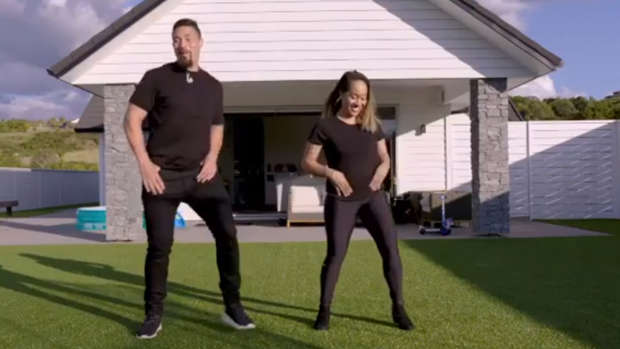 New Zealand boxer Joseph Parker is giving us chills and they're multiplying with his impersonation of John Travolta.

Doing his best to keep us all entertained during the nationwide lockdown, Parker and his partner Laine Tavita recreated the iconic 'You're the One That I Want' dance from the final scene in the 1978 movie classic Grease.

We are in this together so have fun and keep that spark alive⚡️ @xlailaix 🎥🎞: @kerryrusselltv 🔥

And they did not disappoint!

The 28-year-old hit all of Danny Zuko's moves, while Laine took on the starring role of Sandy.

Alongside the video, Parker wrote: "We are in this together so have fun and keep that spark alive."

Over the past two weeks, Parker has produced a string of clips, including his own rendition of Hugh Grant's dancing scene from the Love Actually movie and a lip-synch version of The Foundtions' hit song 'Build Me Up Buttercup'.