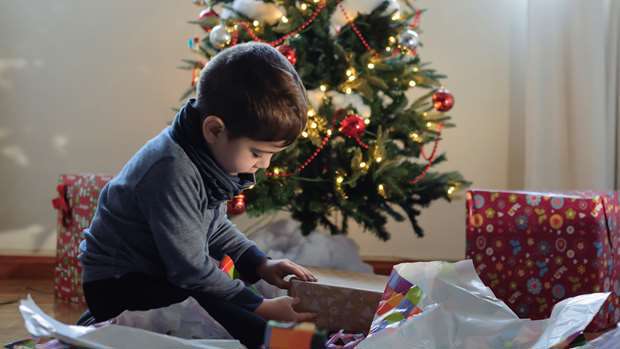 Every parent wants to make their child's Christmas magical.

But one mother planned on giving her three-year-old son a potato for Christmas in a desperate attempt to get him to stop biting.

Unfortunately, after trying numerous strategies and tips to curb the problematic behaviour, the mum was forced to take the drastic action after her young son tried to bite his three-month-old sister.

Taking to Mumsnet, the distraught mum revealed she warned her toddler Santa would only bring a potato for Christmas if he didn't stop biting.

She then asked what other parents thought of her plan after she realised she would have to follow through with the punishment.

"Darling son, 3, is a biter. We have tried EVERYTHING to get him to stop. The final straw was the other day when he tried to bite his 3-month-old sister," she wrote on the parenting forum.

"He didn't listen. I've told him that Santa has seen and one of his presents is now a potato."

"I HATE not following through on punishments. I'm inclined just to wrap up a potato and chuck it in his stocking and then when he opens it on Christmas Day remind him that he was warned," she continued.

READ MORE:
• Devoted dad goes viral after booking himself onto EVERY flight his daughter was working on over Christmas Day
• A new study claims people who put up their Christmas decorations earlier are happier!

"I'm not going to throw away any of his presents, so he's not actually going to miss out he will just think he has."

"Mother and a few friends think I'm horrible. Would it be unreasonable to do this? I'm running out of ideas to get him to stop and I really am losing the will to live over it."

The post instantly sparked outrage, with many calling her cruel.

One wrote: "No No No. Give him a break on Xmas. He'll remember the Xmas he had a potato all his life and I'm sure you don't want that."

Another added: "No! You are being VERY unreasonable. Firstly at his age, deferred punishments are not effective. Consequences need to be immediate for him to make any connection. Secondly, it is not really teaching him why we don't bite. Thirdly it will put a downer on Christmas morning when he might be behaving well. Just a really bad idea all around."

However, other parents backed the mother.

One replied: "I think it's a good idea. As you say, he's not losing out on presents but he obviously doesn't really believe there will be consequences at the moment."

One said: "My experience has been to NEVER threaten punishment and fail to carry it out. You will lose credence. Empty words of warning are pointless and useless."