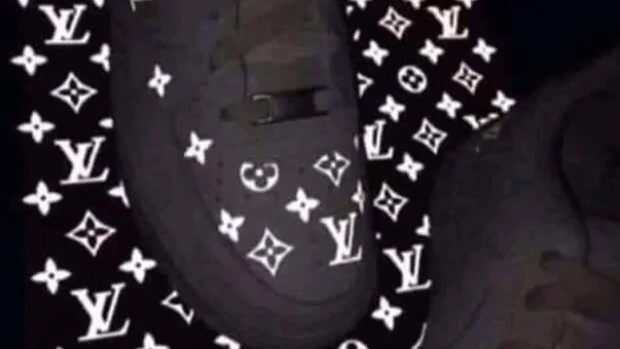 The illusion shows a pair of Louis Vuitton trainers.

But no one can decide what colour they are!

Twitter are these White or black because all I see is white 😂 pic.twitter.com/KSnfJZiPkx

So are they black? Or white?

Several people on Facebook commented saying how "confusing" the optical illusion was.

"I don't know how anyone is seeing anything other than black," one user wrote.

"I could only see black and couldn't figure out how they were possibly white, but now I see white and I can't see black anymore wtf," wrote another person.

"White is the only right answer," a third person added.

One Twitter user came up with the simple explanation they are white shoes with a glow-in-the-dark pattern.

"Picture was taken with the lights off," the person said.

Another agreed, saying: "They're just white trainers in the dark. I don't get why people are confused."

A third added: "They're white. Just no light."