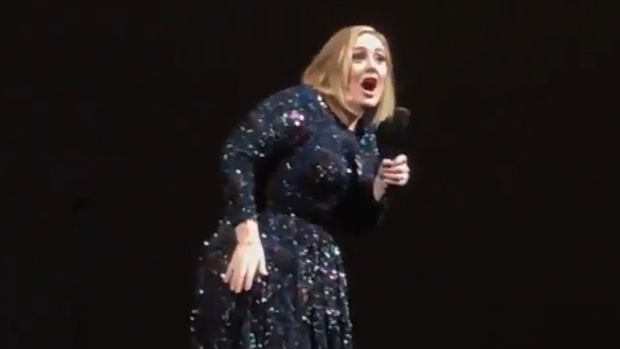 Today marks the British singer-songwriter's 34th birthday and in celebration of her special day, we're throwing it back to 2016, to when she spotted a surprise visitor whilst performing in Mexico.

Appearing seemingly out of nowhere, a rogue bat crashed her concert and Adele's reaction was, of course, priceless.

When a bat welcomes you to a new country @Adele #adelemexico pic.twitter.com/YvCZ7ImDTb

Responding in the most Adele manner ever, she good-naturedly released a string of obscenities while flapping her arms like a bat herself on the stage.

"There’s a bat!" she can be heard yelling before pointing to an audience member to add: "There’s a bat that landed right by your head!"

After a few minutes flapping around, the bat flew away and things returned to business as usual.