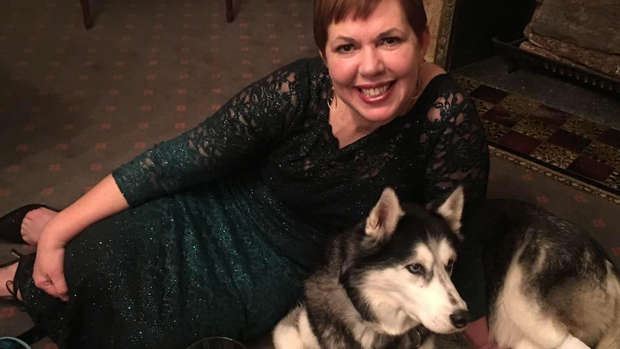 Sierra was just a puppy when Stephanie Herfel adopted her in 2011.

The two have a close bond now and Herfel credits her pet husky with detecting her cancer three times ... before doctors did.

"She put her nose on my lower belly and sniffed so intently that I thought I spilt something on my clothes," she told the Milwaukee Journal Sentinel.

"She did it a second and then a third time. After the third time, Sierra went and hid. I mean hid!"

Sierra would bark, then run and hide in a closet.

Herfel found the dog's behaviour worrying, especially as it matched the pain she'd been feeling in her abdomen.

She went to an emergency room and was told she had a cyst on her ovaries. However, Sierra's strange behaviour continued, so her owner decided to seek a second opinion.

READ MORE:
• Pet owners are going crazy over this $2 Kmart cleaning product!
• Woman sparks outrage after having her healthy dog put down so they could be buried together

This time, a gynaecologist confirmed that she had stage 3 ovarian cancer.

Herfel started chemotherapy, underwent a full hysterectomy and had her spleen removed.

Both times, Herfel's worst fears were confirmed: the cancer was back.

She ended up being diagnosed with cancer in her liver and then in her pelvic area.

Whenever a friend of hers, who also had ovarian cancer, came to visit, Sierra would hide.

"I owe my life to that dog. She's really been a godsend to me. She has never been wrong," the proud dog owner said.