This morning, beloved broadcaster Daniel Faitaua bid farewell to his colleagues and co-hosts on his last Breakfast show.

Faitaua, who is moving to London to become TVNZ's Europe correspondent, wept as he said goodbye while also revealing the move is all the more emotional as he leaves his brother, who is dying of cancer.

"I've cried a lot this week," Faitaua said through tears. "It's been a bittersweet farewell."

Faitaua said his brother was "the one that said, 'Go back and finish your last show with your family'.

"Anthony, if you're watching, I love you so much, keep fighting the good fight." 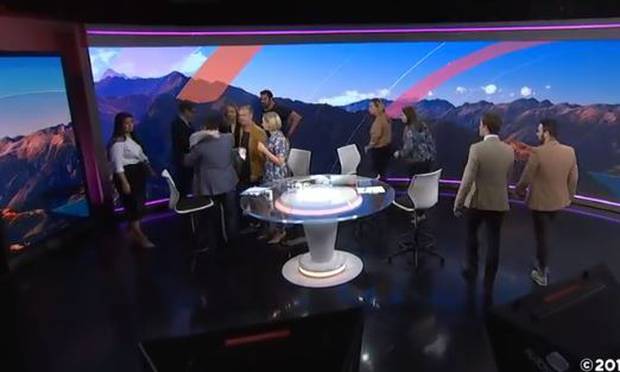 Faitaua described his time on Breakfast as an "amazing three years".

Weatherman Matty McLean also shed tears as he said goodbye to Faitaua, who he has known for 11 years.

"We went to broadcasting school together [and] we worked together in Wellington," McLean revealed.

"It's been a dream," said McLean, fighting back tears. "You're one of the best."

Faitaua is taking over from Joy Reid, who will be returning home at the end of her tenure.

Breakfast is on TVNZ1 weekdays from 6am-9am.