The Chase host Bradley Walsh has threatened to quit the show during one of latest episodes of the popular series.

In an episode featuring The Beast, Walsh asks a difficult question which stuns the contestant.

The question was about xerostomia, which is the specific name for a medical phenomenon.

The choices included nosebleed, dry mouth or goose pimples. Contestant Dave opted for goose pimples, but then suddenly shook his head believing he got it wrong. 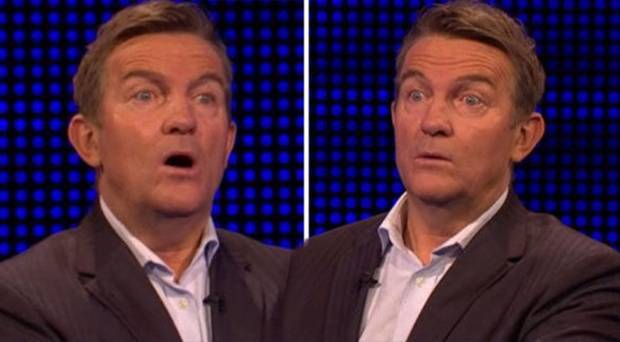 However when the correct answer, dry mouth, popped up on screen Walsh began to lose it, jokingly threatening to leave the show.

"Huh?" he said in bemusement.

He continued: "Dry mouth's just dehydration. I've had enough of this show."

"Don't say that, Philip Schofield will be in in a heartbeat," joked The Beast, whose real name is Mark Labbett. Earlier this month a plucky team on The Chase scooped a record £100,000 ($199, 780) prize - the highest amount ever won on daytime TV in Britain - by slaying the Governess, Anne Hegerty.

Diane, 52, a housewife from Lancaster, Luca, 21, a medical student from Cardiff, Tim, 62, a retired database administrator from Northamptonshire and Gayna, 38, a laundry assistant from West Yorkshire, answered 17 questions correctly giving them a potential prize of £100,000.

But then, it was the turn of the Chaser - professional quizzer Hegerty, to try to beat them by answering more questions correctly.

If she had, they would have lost all their winnings but she didn't manage to pull it off, meaning they were able to take home the full prize pot - and split the winnings equally in four, giving them a whopping £25,000 each.

The Chase screens in New Zealand on TVNZ 1.