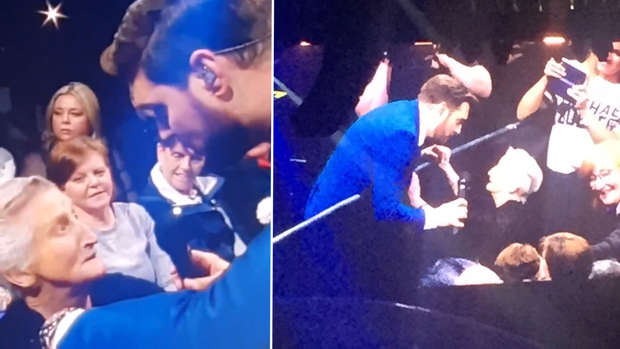 Attending her first ever concert, Michael Bublé made sure this 90-year-old fan experienced a night she'll never forget!

During his show in Dublin this week, the 43-year-old singer couldn't help but notice Mary Kelleher singing along to every song.

Amazing gig as always in Dublin but singing with Mary brought a tear to my eye. You're such a lovely person as well a fantastic singer & all round good guy ❤. pic.twitter.com/aViTVjgRLI

A very special moment for MARY at her first concert with @michaelbuble . He has the touch #whataperformer #amintears

So, of course, Michael approached Mary to serenade her and before she knew it, she was belting out Vera Lynn's 'You'll Never Know' with the Canadian Crooner.

Other concert-goers took to social media to share the adorable moment caught on camera.

The wonderful @MichaelBuble being a gent right now as he duets with longtime fan Mary Kelleher #michaelbuble #3arena #dublin pic.twitter.com/FxXiOerNr0