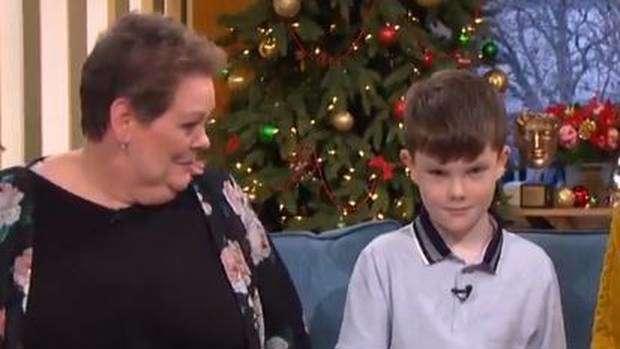 Just over a month ago, Joseph Hughes went viral on Twitter after his mother shared a video of the 11-year-old and his letter addressed to Anne Hegerty.

In the letter, Joseph talked about his condition, how Anne is an inspiration of his, and attached a drawing of a Thunderbird.

Joseph and Anne appeared on the British show The Morning together just yesterday.

I’m A Celebrity star @anne_hegerty meets superfan Joseph who wrote her a heartfelt letter about his experiences of autism pic.twitter.com/dVaKMCaKFY

His letter read: "To Anne. My name is Joseph Hughes and I am 11. I live in Preston, Lancashire and I go to a specialist school.

"I was diagnosed with autism when I was 5. I like to watch you on The Chase and now I have been watching you in the Jungle. I think you are very brave for going in the Jungle, I couldn't go there because there are too many bugs.

"You are very clever. Sometimes people are mean to me because I am autistic but watching you makes me see that other people can have autism too and maybe I can have a cool job like you when I am older.

"Do you like Thunderbirds? I love them. My favourite is Thunderbird 2. I have drawn you a picture I hope you like it.

"Good luck in the Jungle I hope you win. Love from Joseph."

Good on you Anne!