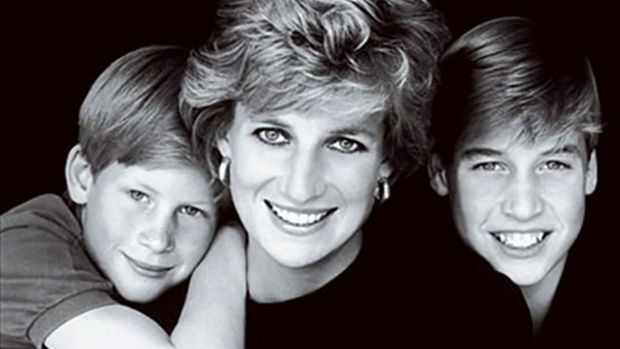 When Princess Diana of Wales died suddenly in a car accident in 1997, the world was left shocked.

Leaving behind two young sons; Prince William and Prince Harry were just 15 and 12-years-old at the time.

As we've watched them grow up, the two princes have kept her memory alive, working hard to continue her legacy and charity work.

✨#yingfashioncanvas ✖️#PrincessDiana She is a goddess living in a city of angels. • Today marks the birthday of the late Princess Diana, and here’s my reimagination of the nostalgic memory of her with her two boys, in hope of inciting the same grind and giggles like the precious moment 💙 • #surrealart #thenandnow #princewilliam #princeharry #flowerstagram #fashionillustration #lovelife #yingfashioncanvas

Using a photo of Princess Diana sitting with a young Prince Harry and Prince William in a garden for inspiration, the watercolour painting almost tricks your mind into thinking you're looking a new portrait.

Sharing her work on Instagram, Autumn Ying says her painting is a tribute.

READ MORE:
• New photos of Prince Louis have been released to mark his FIRST birthday - and he is ADORABLE!
• Coroner reveals the "tiny" fatal injury that claimed Princess Diana's life

"Here's my reimagination of the nostalgic memory of her with her two boys, in hope of inciting the same grind and giggles like the precious moment," she captioned the post.

Talk about a tearjerker!