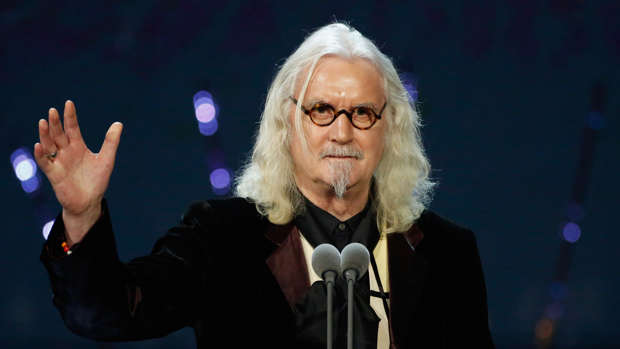 Comedian Billy Connolly has spoken out about his life with Parkinson's, revealing he can no longer share a bed with his wife, New Zealand-born psychologist and writer Pamela Stephenson, because of the disease.

The 76-year-old says he "sleeps like a wild animal" because of the condition, which has meant Pamela has to sleep in another bed.

He said: "I sleep like a wild animal. Laughing and singing or having fights. Pamela has to sleep in another bed. So far, she has never tutted. And she’s a rather attractive nurse."

And the 'Billy Connolly's Great American Trail' star admits he has both "good days and bad days" as he battles the condition, which causes parts of the brain to become damaged.

Speaking to the Daily Mirror newspaper, he added: "One day my hearing went, then my balance went, my sight got worse. It feels as if everything is being taken away, you watch it go."

READ MORE:
• Billy Connolly opens up about dying rumours in a strange video

Billy previously confessed his battle with Parkinson's disease has left him "near the end" of his life but insists it doesn't "frighten" him.

He said: "My life, it's slipping away and I can feel it and I should. I'm 76, I'm near the end. I'm a damn sight nearer the end than I am the beginning. But it doesn't frighten me, it's an adventure and it is quite interesting to see myself slipping away."