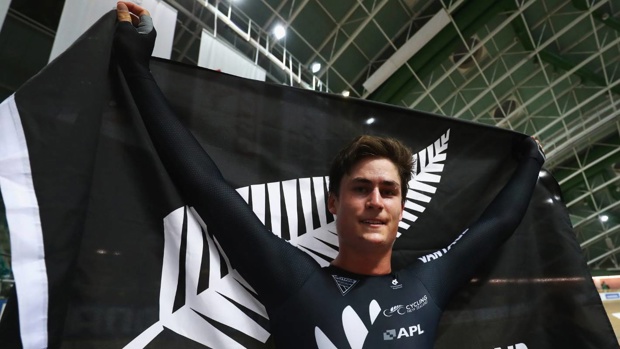 Stewart replaced Aaron Gate in the omnium after Gate was ruled out of the rest of the Olympics after coming off his bike at 66km/h - shredding the skin off his right shoulder and breaking his collarbone - last night during the men's pursuit bronze race.

The 23-year-old was world champion in the omnium in 2019. This is his first time competing at the Olympics.