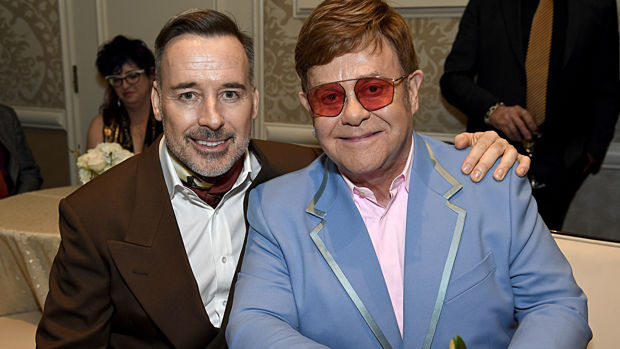 Taking to Instagram, the 'Your Song' hitmaker shared a photo of his new additions with his fans.

Introducing the newest members of the F-J Family. 😍😍🐶🐶🚀🚀 @davidfurnish

Alongside the picture of the two puppies sitting side-by-side, Elton wrote: "Introducing the newest members of the F[urnish]-J[ohn] Family."

Elton's husband, David Furnish, also posted a photo of the pooches being walked down the driveway by their sons Zachary, nine, and Elijah, seven.

The couple are yet to reveal the pups' names, though fans are guessing at least one may be named "Rocket," or perhaps "Bennie" and "Jet."

It has been two years since the family last owned a dog.

In 2018, Elton mourned the death of his cocker spaniel Arthur, who died at age 14.

The singer loved Arthur so much that he had him act as best man at his civil union to David. At that time, the couple also had two other cocker spaniels, Marilyn and Isobella.