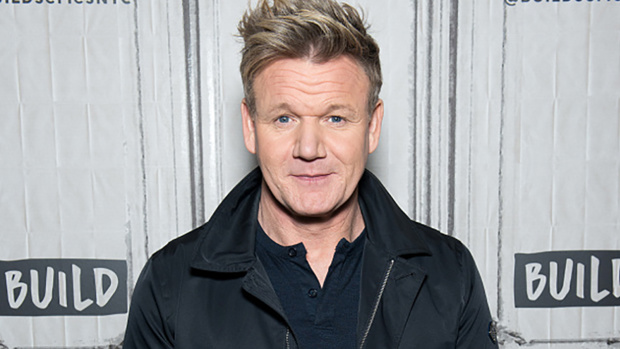 Gordon Ramsay's son Oscar is definitely one of the cutest celebrity babies out there.

Over the weekend, the celebrity chef delighted fans when he shared two new photos of his one-year-old son on social media - and his followers can't believe just how much the tot looks exactly like his famous father.

In the photo, Oscar can be seen gazing up at the camera while he holds onto his high chair.

While in the second snap, the youngster flashes a huge grin whilst covered in crumbs at breakfast time.

Alongside the sweet photos, the 'Hell's Kitchen' star - who is also a father to Matilda, 18, twins Jack and Holly, 20, and Megan, 22 - wrote: "Ready for the weekend @oscarjramsay Breakfast Done!"

Fans took to the comments to share their amazement at how similar Oscar is to his fiery-tempered father.

Cuppa Tea anyone! @oscarjramsay is in the kitchen

Another added: "Omg @gordongram he looks just like YOU!"

While a third wrote: "It's like Gordon's been shrunk!!!"

"He looks so much like his dad!" someone else chimed in.

The TV star and his wife Tana, who he has been married to since 1996, welcomed Oscar into the world in April last year.

The arrival of Oscar came three years after the couple suffered a devastating miscarriage in June 2016.

Their unborn baby boy, who they named Rocky, tragically died five months into their pregnancy.

Taking to social media at the time, Gordon wrote: "Hi guys, Tana and I want to thank you so much for your support over the past couple of weeks."

"We had a devastating weekend as Tana has sadly miscarried our son at five months. We're together healing as a family, but we want to thank everyone again for all your amazing support and well wishes."

The family are currently isolating in their holiday home in Cornwall.