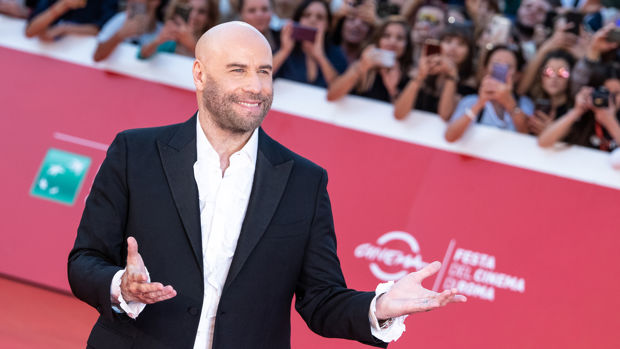 John Travolta delighted fans this week when he shared a rare photo of his young son Ben pretending to be a pilot.

Taking to Instagram the Grease actor posted the sentimental picture of his eight-year-old son riding shotgun in the cockpit of a Qantas plane.

My son Ben is taking my place! His first A380 @qantas flight

"His first A380 @qantas flight," Travolta captioned the image that featured Ben donning a pilot's hat and sitting in the pilot's seat next to a young friend.

"My son Ben is taking my place," the 65-year-old added, referencing his ambassador role for the Australian airline, which he has held since 2002.

Travolta is known to be an avid fan of the skies and obtained his pilot's license when he was 22-years-old.

Since then, he’s become certified to fly various types of jets – both commercial and private aircraft – including a Boeing 707 commercial airliner and the Gulfstream II jet.

At the @featherdalewildlifepark with the kids

And it seems the apple isn't falling far from the tree in Ben's case.

The Oscar nominee and his wife Kelly Preston are also the parents of 19-year-old daughter Ella.

The couple's eldest son, Jett, died at the age of 16 in January 2009 after suffering a seizure while the family was vacationing in the Bahamas.