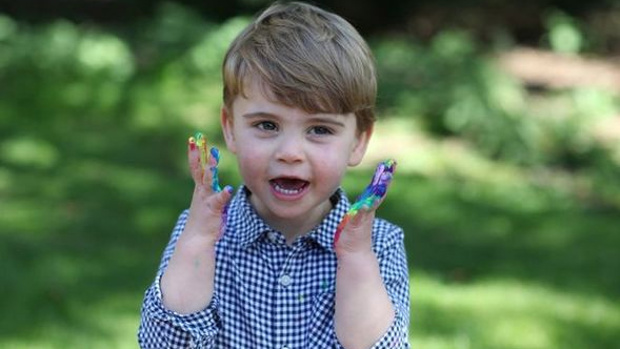 Today is all about Prince Louis!

In celebration of the young royal's third birthday today, the Duke and Duchess of Cambridge have released a new portrait of their youngest son - and he is one handsome little boy.

The sweet snap shows the little prince riding his bike on the grounds of Kensington Palace while flashing an adorable smile at the camera.

According to the royal's official Instagram account, the photo - which was shot by Kate Middleton - was taken on Wednesday this week on his first day of nursery school.

Wearing a jumper, shirt, shorts and his rucksack on his back, the prince grips the handlebars and appears ready to cycle off to nearby Willcocks Nursery School – but was taken by car.

"Three tomorrow!" reads a statement from Kensington Palace, which was released alongside the photo on social media.

"Taken earlier this week by The Duchess before he left for his first day of nursery, The Duke and Duchess are pleased to share a new image of Prince Louis."