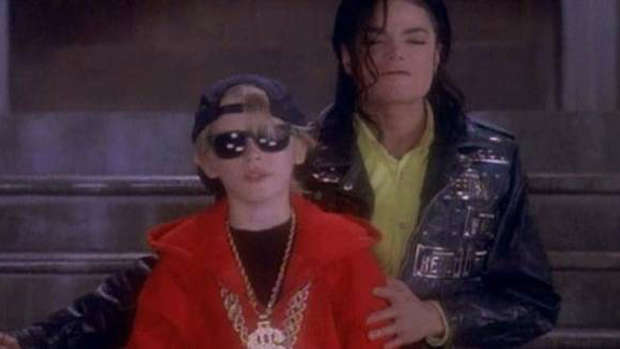 At the start of last year, the accusations aired in Leaving Neverland was the conversation on everyone's lips.

And now, Macaulay Culkin has finally addressed the claims, saying he has nothing to "speak up about."

The Home Alone actor was just 10 years old when he befriended the late 'Thriller' hitmaker - who died of acute Propofol intoxication in 2009 - and despite the singer later being accused of molestation by a number of young men, Macaulay insisted he never saw "anything" untoward and has no reason to lie.

Speaking to America's Esquire magazine, he said: "He never did anything to me. I never saw him do anything. And especially at this flashpoint in time, I'd have no reason to hold anything back.

"The guy has passed on. If anything, I'm not gonna say it would be stylish or anything like that, but right now is a good time to speak up. And if I had something to speak up about, I would totally do it. But no, I never saw anything."

READ MORE:
• Michael Jackson’s son Blanket makes rare public appearance - he's all grown up and looks unrecognisable!
• Michael Jackson's accusers have been given the right to sue for sexual abuse

Macaulay, who is now 39, admitted even some of his fellow stars have quizzed him about the 'Bad' singer following the release of the controversial documentary.

He said: "Here's a good Michael Jackson story that doesn't involve Michael Jackson at all: I ran into James Franco on a plane. I'd bumped into him two or three times over the years. I give him a little nod as we're putting our bags overhead. 'Hey, how you doing?' 'Good, how ya doing?'

"And it was right after the Leaving Neverland documentary came out, and he goes, 'So, that documentary!' And that was all he said.

The Jackson estate has denied all allegations made against the singer and in August, another documentary, Chase The Truth, was released to defend the 'Bad' singer against the claims.