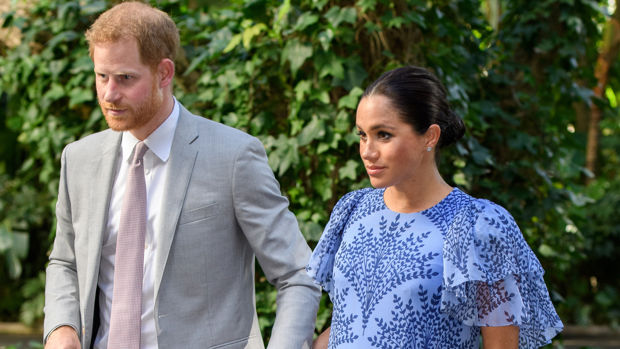 Prince Harry and Meghan Markle are being urged to "lead by example" on environmental issues after it was revealed they took a private jet to Ibiza, Spain, for her 38th birthday.

While the royal duo had a reputation for being "eco-warriors", they have since been labelled as hypocrites for not considering their carbon footprint with the environmentally-damaging flight.

Former royal protection officer, Ken Wharfe - who protected Princess Diana and her sons Prince William and Harry in the '90s - called the Duke and Duchess of Sussex out for having a double standard when it comes to the environment.

"Harry can’t be preaching about the catastrophic effects of climate change whilst jetting around the world on a private plane."

"Why put another plane in the air when you could go commercial," he continued.

"During my time at the palace most of the flights we took were commercial on British Airways, the national carrier.

"We always flew commercial; in fact, I don’t remember flying private. It’s no guarantee that the security is any better. You’re better off with BA security because they’re used to working with VIPs."

The revelation comes after Harry previously urged the public to "take action" to lower their carbon footprint.

Speaking in March, he said: "Climate change is a humanitarian issue not a political one, and one where we've been far too slow in waking up to the issues and acting on the damaging impact our ways of living are having on the world.

"We now have the facts, the science, the technology and the ability to save not just our planet but ourselves. You don't just sit back and wait for solutions, you take action and create them."

According to reports, the Duke and Duchess and their three-month-old son Archie flew into the country on August 6 and stayed in a secluded villa away for six days.