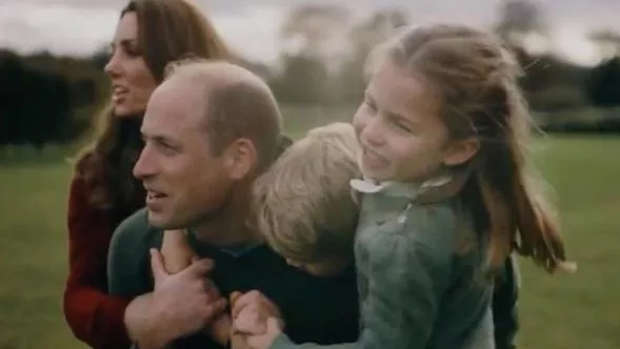 And to thank their fans who had sent "kind messages" in honour of their special day, the Duke and Duchess of Cambridge have released a rare intimate family video.

The 39-second clip, which was posted on their social media accounts, shows the royal couple playing with their kids Prince George, Princess Charlotte and Prince Louis on sand dunes at a nearby beach at their Norfolk home, Anmer Hall.

In one moment, Louis and Charlotte are seen riding on a spinning seesaw together and laughing.

In another part of the video, the whole family is seen toasting marshmallows over a bonfire.

Alongside the video, the Cambridge's wrote: "Thank you to everyone for the kind messages on our wedding anniversary. We are enormously grateful for the 10 years of support we have received in our lives as a family."

Second-in-line to the throne William married his former university flatmate Kate Middleton at Westminster Abbey on April 29 2011 after an eight-year relationship.

Such a beautiful family!