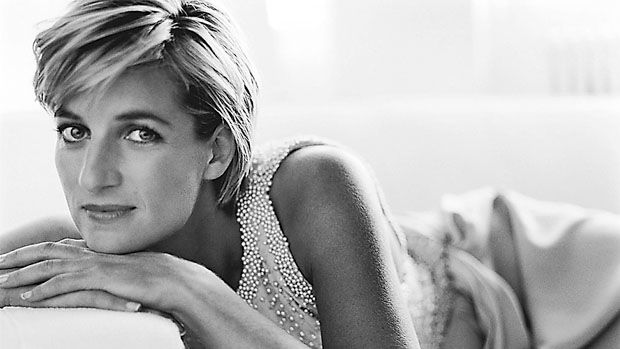 It has been five years since Diana's former chef spoke of his disgust at the "overgrown mess" of the late Princess of Wales's grave site within the Althorp estate in Northamptonshire.

But now the island where the "People's Princess" is buried has received a multi-million dollar facelift, as part of the Spencer family estate gardens' first major revamp in 350 years - and it looks beautiful.

Diana's final resting place - which is at her childhood home - has gone from being shrouded in overgrown greenery and moss to being clean and surrounded by immaculate gardens and a crystal clear lake.

When announcing the 18-month long restoration, Althorp described the project as "ambitious".

A statement on the Althorp website said: "The Oval Lake where Diana, Princess of Wales, was laid to rest on September 6, 1997, is undergoing an extensive redesign to honour her memory."

Pictured: Diana's grave before the renovations.

He visited the 500-year-old estate, which has been home to the Spencer family for 18 generations, in August 2014, and posted a number of pictures of a moss-covered memorial on Twitter with the words: "Sad to see Earl Spencer has neglected Diana's resting place. Please tidy up the vegetation on the island."

Mr McGrady also wrote in a blog post on his personal website" "It was a mess and in my opinion no place for a Princess.

"The lake was full of algae and the trees and bushes on the island were an overgrown mess looking like they had never been trimmed since the day she was buried on the island.

"Even the memorial with blistered paint looked more like a 'tatty old garden shed at the bottom of the garden' than a shrine to the most photographed woman in the world."

In response to the images, a spokesman for Althorp Estate said: "We have 14 'Planting Stones' in the Park and they all become parts of the ancient landscape over time, rather than being scrubbed clean.

"The algae was present last year because of that summer's exceptional heat – something that has not recurred this year.

"The island where the late Princess is buried has always had a full growth of mature trees, which give a rich panoply of foliage in the summer, which intentionally lends privacy to the Princess's final resting place.

The precise location of Diana’s grave has never been made public.

It is currently owned by Diana's brother Charles, the ninth Earl Spencer, who has overseen it since her father’s death in 1992 and features 36 specially planted oak trees – one for each year of her life.