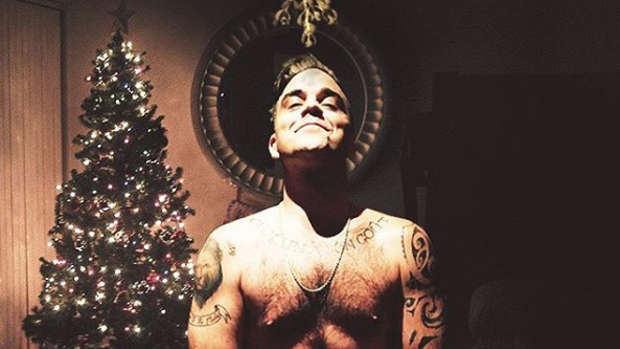 Because the 45-year-old pop star is set to release his first Christmas album this year!

According to reports, the 'Angels' singer will release a double album of festive covers and original Christmas songs just in time for the holidays.

It has also been reported that Robbie's 13th studio album will feature "special guest appearances", including a duet with his seven-year-old daughter Teddy.

However, his wife Ayda Field has revealed that she didn't make the "cut" to sing on one of the songs and neither did the couple's other daughter Coco, 13 months, or four-year-old son, Charlie.

Robbie has yet to announce a release date, title or tracklist for the album, but updates are expected in the coming weeks.

While the former Take That singer has not released any yuletide material in the past, he's no stranger to having a Christmas number one - in 2001, he and Australian actress Nicole Kidman shot to the top spot with their cover of 'Somethin' Stupid'.

We can't wait to hear the album!