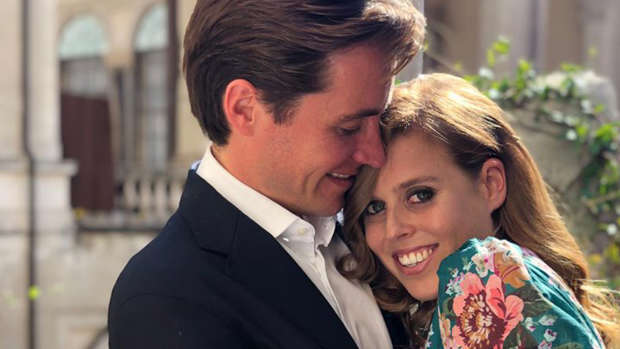 It's been a big couple of years for the royal family, with not one but FOUR royal weddings!

After Princess Eugenie married Jack Brooksbank last October, Prince Harry wed Meghan Markle last May and Lady Gabriella Windsor tied the knot with Thomas Kingston exactly one year later, it's not time to put your fascinator away just yet ... because Princess Beatrice's wedding is just around the corner.

The 31-year-old, who's ninth in line to the throne, will walk down the aisle next year to exchange vows with property tycoon Edoardo Mapelli Mozzi.

So dust off your tiara, polish up your best tea set because here is everything we know about Beatrice's royal wedding so far ...

"The Duke and Duchess of York are delighted to announce the engagement of Royal Highness Princess Beatrice of York to Mr. Edoardo Mapelli Mozzi," the announcement read.

The couple, who have enjoyed an 11-month romance, became engaged during a weekend escape to Italy earlier in September. They have known each for quite some time, but only got together at her sister Princess Eugenie's wedding in October last year.

Edoardo got down on one knee with a stunning bespoke platinum and diamond engagement ring - featuring a round brilliant cut centre diamond shouldered by four smaller round brilliants and flanked by four baguette-cut diamonds either side - by British jeweller Shaun Leane, which experts estimate is worth in excess of £250,000. 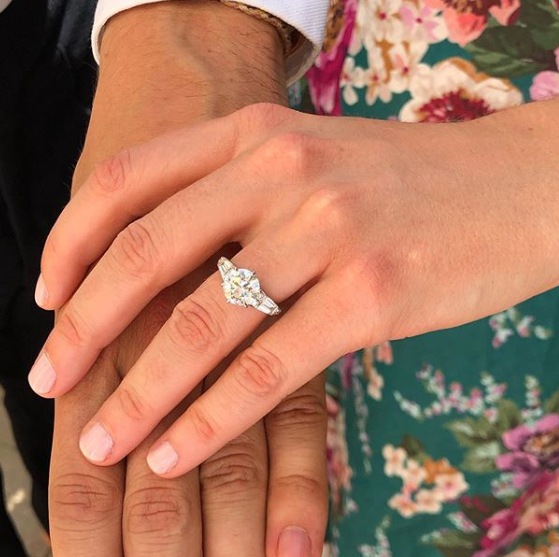 According to jewellery maker Shaun, Edoardo wanted the 3.5-carat ring to be "filled with personal and sentimental signifiers."

While the exact date of the couple's nuptials is still to be made public, Buckingham Palace did reveal the wedding will take place in 2020.

It is most likely to be in the Spring or Summer.

While the venue for Princess Beatrice's wedding has not yet been announced, you may not have seen the last of St. George's Chapel yet!

Following in Harry and Meghan, Eugenie and Jack and Gabriella and Thomas' footsteps, it is expected Beatrice will also say "I do" at this Windsor venue. While Beatrice's parents got married at Westminster Abbey, in Central London, it is unlikely that she will choose to get married at such a high profile venue.

The wedding will likely be more low-key.

Sarah Ferguson has revealed that her daughter will definitely get married in Britain, instead of her desired place in Italy, after it was reported that Queen Elizabeth won't fly abroad.

There's no official word yet on who will make the cut for this couple's ceremony, but as Beatrice runs in A-list social circles expect to see a lot of celebrities.

Key members of the royal family such as the Duke and Duchess of Cambridge, Prince Charles and Queen Elizabeth will likely all attend.

As will Harry and Meghan.

The couple are expected to have a smaller guest list than the 600 invited by Harry and Meghan.

Beatrice has the choice of having an all children bridal party like Meghan, but it’s likely she will follow Kate Middleton's suit and have her sister Princess Eugenie as maid of honour.

Alongside Eugenie as bridesmaid, Prince George and Princess Charlotte will probably serve as page boys and flower girls. Prince Louis and Archie may be too young to be pageboys, but they are sure to attend the wedding with their parents.

Unlike Meghan and Kate, Beatrice’s dress is expected to be more fashion-forward.

Fashion experts are predicting that Beatrice will probably wear something from her favourite labels, Roksanda or Mary Katrantzou.

"It is quite likely that Beatrice will choose either a British designer or a British brand for her big day, meaning that both Mary Katrantzou and Roksanda could be key contenders," Amy de Klerk, digital fashion editor at Harper's Bazaar, writes.

De Klerk also predicts the dress will be "white, sleeved and not too risqué – and she will also probably wear a tiara".

Will it be televised?

While Princess Beatrice is not a full-time working royal, it is likely that her wedding will be televised.

Her younger sister Princess Eugenie's wedding was on ITV after the BBC turned down the chance to broadcast it.

Unlike Harry and William, Eugenie and Beatrice are not working royals and therefore won’t be given a new title upon marriage.

According to royal historian Marlene Eilers Koenig, Edoardo will not be given royal status when he marries Beatrice due to the precedent set by other princesses marrying commoners.

“She will be styled either as HRH Princess Beatrice, Mrs. Mapelli Mozzi or she could choose not to use her husband’s surname,” Marlene said.