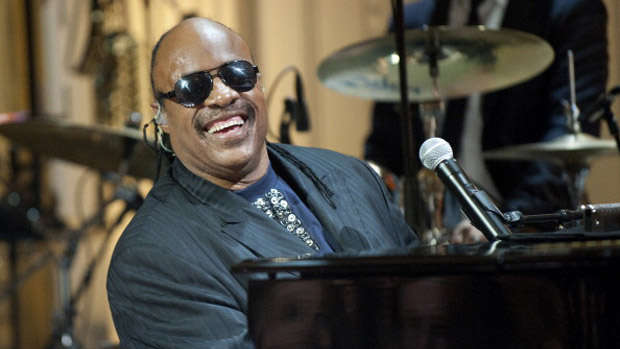 In 2014 theorists first went wild when Wonder caught a falling microphone while standing on stage during a performance of The Beatles' classic 'Hey Jude'.

And the rumours have continued to surround the 69-year-old musician ever since, with fellow music icon Lionel Richie even believing the theories are true

Now NBA legend Shaquille O'Neal has thrust the conversation back into the spotlight after his encounter with Wonder in an elevator.

Shaq’s story about Stevie Wonder had the guys rolling 😂 pic.twitter.com/OmYYbtSN2Y

While co-hosting Inside The NBA over the weekend, O'Neal told a quick story that he promised people were "not gonna believe."

"It's a true story," O'Neal explained.

"So, we live in a building on Wilshire. So you park your car and the valet's down there. So I'm already in the building, I'm coming through the lobby. Door opens, it's Stevie Wonder.

His co-hosts Kenny Smith, Charles Barkley and Ernie Johnson clearly didn't believe the story as they began laughing halfway through, but O'Neal stands by it replying: "For real. He got on the elevator, he was like, 'What's up, Shaq? How you doing, big dog?' Yes, he did. Wilshire Boulevard."

"Presses the button, gets off on his floor, goes to his room. I went and called every person I knew and told them this story. And they believed me."

The 'I Just Called to Say I Love You' hitmaker has been blind since shortly after his birth after being born six weeks prematurely, according to his official biography.

He was also enrolled in the Michigan School for the Blind.