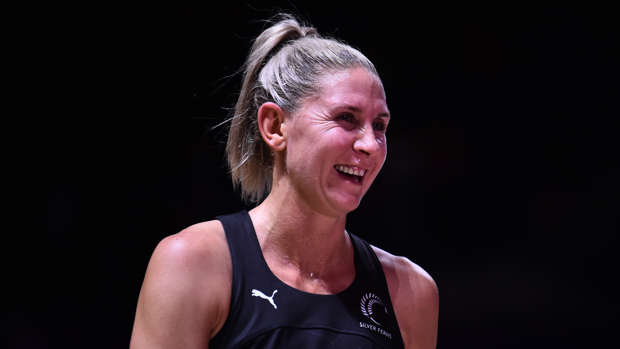 Silver Ferns great Casey Kopua has revealed she is expecting another child and was in the early stages of pregnancy during the side's successful Netball World Cup campaign.

Kopua announced in March that this year would be her final season playing competitive netball following 17 years.

"It happened very quickly but I'm very excited about it," she said.

It wasn't until after the World Cup in June, where the Silver Ferns stunned rivals Australia 52-51 in the final, that Kopua found out she was pregnant.

"I took the test because I was feeling unwell and when I told my husband Terry, he was like "are you sure?" Because we didn't see each other that much before the World Cup."

It will be the couple's second child following the birth of daughter Maia.

Maia made headlines herself at the World Cup earlier this year in a post-match interview.

"Do you like the taste of sweat?" the BBC interviewer asked Maia, while her mum explained that she liked the saltiness.

Prompted to help celebrate, the toddler raised an arm in triumph and managed an impressive wave.