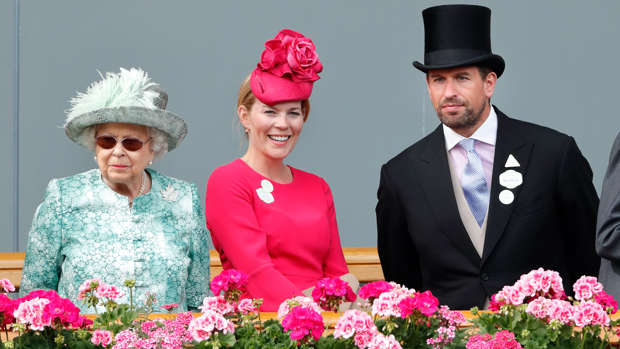 The Queen's eldest grandson, Peter Phillips, has separated from his wife after 12 years of marriage.

It has been reported Peter - who is the son of Princess Anne and Zara Tindall's brother - was left devastated after his wife, Autumn, told him she wants to divorce.

A source close to the couple says he didn't see the breakdown of his marriage coming and was stunned by his wife's request.

The source revealed: "Peter is absolutely devastated by this and just didn't see it coming. "He thought he was happily married and had the perfect family with two lovely daughters. But he is now in total shock."

According to the Daily Mail, the Queen is also upset by the news.

It has been reported that no other parties were involved in the split.

Autumn, a former PA, was born in Montreal.

The pair met during the 2003 Montreal Grand Prix, where they were both working, although she did not realise he was Queen's grandson at the time. After dating for a few years, Peter popped the question with her father's permission.

The couple attracted media attention when they sold their wedding photos to Hello! magazine in May 2008 for a reported £500,000.

Peter does not have a royal title as his mother declined to give her children the HRH title at birth.