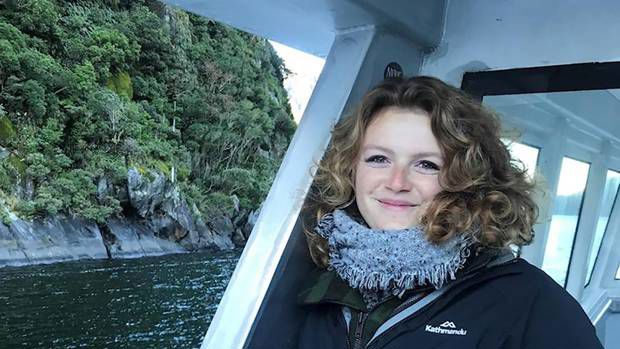 Whakaari survivor Kelsey Waghorn has shared photos of her recovery online two months on from the disaster.

Waghorn has undergone more than a dozen surgeries, with skin grafts to her arms, legs, hands and lower back, and with some touch-ups on her upper arms.

One picture shows the 25-year-old's arm and a patchwork of skin grafts and scar tissue.

A sliver of her tattoo peeks out from underneath the burned skin.

"I planned this tattoo for two years," the caption read.

I planned this tattoo for two years. I got it the morning of the @foofighters concert in 2018 and was in love with it. I was always asked “what is your tattoo?” I guess that question will now be “what was your tattoo?” Sorry, @phoebej_tattoos @7thday_studio, guess I’ll have to come back in a couple years for a touch up 😅

"I got it the morning of the Foo Fighters concert in 2018 and was in love with it.
I was always asked "what is your tattoo?" I guess that question will now be "what was your tattoo?"

She joked she will need a touch-up in a few years.

Waghorn also said she spent Christmas Day bundled up in bandages, but with the ones she loves.

The guide awoke in hospital to full thickness burns to 45 per cent of her body.

She'd spent 10 days in ICU, five of those in an induced coma after the island spewed ash, steam and toxic gas on December 9.

Twenty-one people were killed when the volcano blew, among them Waghorn's colleagues Hayden-Marshall Inman and Tipene Maangi.

In a recent update on her Givealittle page, she wrote: "I am slowly regaining the use of both of my hands - my right is worse than my left. But I'm working on that every day."

"Everything is healing twice as fast as anyone predicted, and although I have my moments, I am proud of the huge progress I have made.

With all the bad going on in the world at the moment, I feel like some good news is in order! I’m doing really well. I had my arms, hands and a small portion of my stomach grafted on December 11th - thankfully, my back and butt were great donor sites. I don’t remember a lot from my time in ICU and my first few days on the ward because I was on some sweeeeeet pain meds. Turns out I’m not good on ketamine. 😅🤷🏼‍♀️ My legs, lower back and some touch ups on my upper arms had their donor/cadaver skin removed and were grafted on December 27th. Now this proved to be quite “uncomfortable” (to put it gently....) given that my back and butt were “harvested” a second time, along with some strips from my upper thighs. By this stage, I’d been (painfully) upright only twice between these two graftings with a lot of assistance from my beautiful Physio, family and a handful of nurses. So there was a lot of blood, sweat and tears put into getting me where I am today after my final graftings. I am fairly mobile now, albeit wobbly and minus some strength. I am slowly regaining the use of both of my hands - my right is worse than my left. But I’m working on that everyday. There’s been complications - blood clots and infections, but my surgical and ward team were on top of it before it ever got too bad. Monday marks 9 weeks since Whakaari decided she would clear her throat. 9 weeks since I received full thickness burns to about 45% of my body. 9 weeks since I lost work colleagues and good friends. My body has been going full-tilt since, to the point where my heart rate whilst in my 5-day coma was 157. Nowadays, it’s still around 100. Everything is healing twice as fast as anyone predicted, and although I have my moments, I am proud of the huge progress I have made. I’m covered in scars and relocated skin, and that’s okay with me. Once again, thank you thank you thank you to everyone for their donations, their kind words, their time and hard work. I wouldn’t be here without you. Kels (“Special K”)

"I'm covered in scars and relocated skin, and that's okay with me."

"So I'll never sweat, I won't grow hair from there, my body won't exude oil through my skin normally."

Waghorn said she cried when she saw how much had been donated to her Givealittle page, where donations now soar over $100,000.

I’m only just starting to accept that you didn’t make it off the island with us. Of all people, I never dreamed it would ever be you. Thank you for everything you have taught me over the last five years. I will never forget your laugh, your lessons and your love. I’ll never watch a game of rugby or drink a Steinlager without thinking of you, my annoying big brother. Look after those who step into Whakaari like you taught so many of us crew to do x

"I wouldn't be here without you."

She remains in Hutt Valley Hospital.